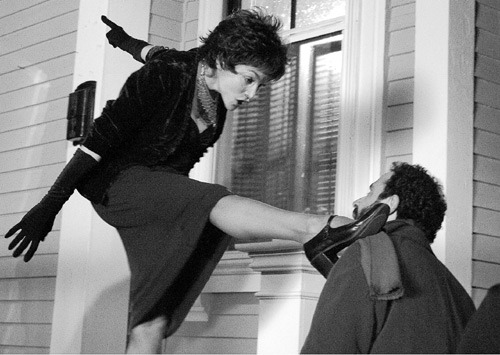 Share
A report of news & events in the local industry for June 2002.

This year’s Newport International Film Festival runs June 4-9, 2002. The festival will open with the film "The Divine Secrets of the YaYa Sisterhood," and close with Gary Winick’s award wining film "Tadpole." Two local films "My Father the Genius," and "Easy Listening," are also part of the festival line-up. For more information visit http://www.newportfilmfestival.com, call 212-337-0460, or email newportff@aol.com.

The fourth annual Provincetown Film Festival will be held June 13-16, 2002 and will present independent, foreign and local films. There is more information at www.ptownfilmfest.com or call 508-487-FILM.

David Kleiler is poised to take over the Northampton Film Festival as Director. Kleiler has a 30-year history in the film industry as an exhibitor, professor, collaborator, and producer. From 1988 to 1996, he was the Artistic Director of the Coolidge Corner Theatre in Boston. In addition, he is the director of Local Sightings, which launched in the early 1990s to help filmmakers make and promote their films. Visit www.nohofilm.org or www.localsightings.com for more information.

The Boston Film Office recently announced that it will be closing on June 30, 2002 due to budget cuts. The office, which provided pre-production and location planning support for filmmakers filming in the city of Boston, was established in 1994.

On June 5, 2002 John Sayles and the entire original cast of "The Return of the Seacacus Seven" will be at the Coolidge Corner Theater in Brookline for a screening of this landmark independent film. Many of John Sayles’ other films will also screen at the theater between June 5-9, 2002. For screening times and ticket information, visit www.coolidge.org or call 617-734-2501.

The Museum of Fine Arts, Boston (MFA) will host a New Israeli Cinema Film series in June 2002. "Late Marriage" by Dover Kosashvili, and "Yellow Asphalt" by Danny Verete will be shown. Throughout the month, the MFA will also show encores from The Boston Jewish Film Festival. Back by popular demand, this series features four of the most warmly received films from previous festivals. For more details, visit www.MFA.org, or call 617-369-3770 or 617-369-3306.

The Harvard Film Archive will run a Global Visions Series called "Undercurrents: Neglected Works in French New Wave." This period remains one of the most fertile in the history of film. Some of the films included in this series are: "Paris Belongs To Us," "Le Beau Serge," "Les Cousins," "Adieu Philippine," "Les Mistons," "Brigitte Et Brigitte," and "The Soft Skin." For a complete listing of films, visit www.harvardfilmarchive.org.