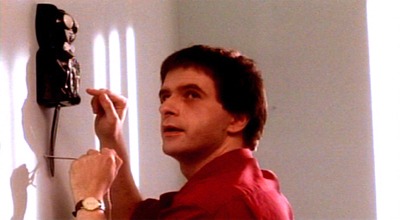 Share
A report of news & events in the local industry for April 2002.

The Boston International Festival of Women’s Cinema will run April 11 – 14, 2002. Now in its tenth year, the festival is dedicated to showcasing films by, for, and about women from around the world. It features premieres, sneak previews, special programs and appearances by filmmakers. Visit www.beaconcinema.com/womenfest for more information.

The 2002 Asian American Film and Video Festival will be held at the Museum of Fine Arts, Boston, from April 11 – 20, 2002. This year’s festival presents a diverse collection of shorts, documentaries, and features, and the series demonstrates how Asian Americans create and document complex identities and experiences through film and video. For further details, please visit www.mfa.org.

The Past Forward film series brings together filmmakers, indie bands, and contemporary art exhibitions. Filmmaker Bill Morrison screens his 35mm experimental feature, "Decasia," fresh from its 2002 Sundance and Rotterdam premieres, April 5 – 6, 2002, from 8-10 p.m. Music by Causewell Savalis will be featured April 5th; the Also-Rans will play on April 6th. For more information, please call the Oni Gallery at (617) 542-6983, or visit www.onigallery.org. For more information about "Decasia," please visit www.decasia.com.

The Museum of Fine Arts, Boston will present "The Films of Joris Ivens: Cinema without Borders, A Film Retrospective and Tour," April 12 – 27, 2002. This retrospective of the Dutch documentary filmmaker showcases 16 films, from the 1920s through 1989. For more information, visit www.mfa.org.

The NEMO New Media Showcase is the highlight event at the NEMO Music Showcase & Conference. The event will show works by artists who use digital and traditional technologies to create innovative films, music, and visual and interactive art. The New Media Showcase will be held on the last day of the NEMO event, Saturday April 13, 2002, and follows two days of new media screenings, exhibits, demonstrations, and panels at the NEMO conference and trade show. For more information, visit www.nemoboston.com.

Eventworks and Videofront present "Flick" at the Coolidge Corner Theater on April 22, 2002 at 9:30 p.m. The theater will be showing this year’s best short works of film, video, and animation from the students Massachusetts College of Art. For more information, visit www.coolidge.org.