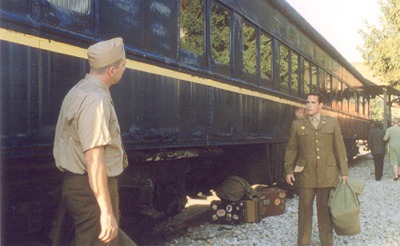 How to Be a… Cinematographer

Share
Learn about the creativity, skills and tools that make a cinematographer.

The greatest task of a cinematographer is to "paint with light," and to work with the director to best capture a look for the film. That look should serve the dramatic, narrative, persuasive, educational, or informative focus of the film.

How do you do that? Let’s take a look at some of the tasks a cinematographer performs.

These skills can be learned. Some of them can be achieved through instruction, others only though observation, experimentation, and practice.

Much of the art of cinematography can be learned with only a video camera. For example, proper use of a tripod is a paramount task for a cinematographer, and the tripod is a multipurpose tool that can be used to mount, move, pan, tilt the camera, and mount a jib, and, in turn, be mounted on a dolly. You don’t need a film camera to practice safe and efficient tripod usage.

You might also want to use a video camera to practice composing shots, blocking actors, and experimenting with unusual camera angles. Though traditionalists might disagree, you can even learn to light using a video camera. At the very least, you can learn how to use lights safely and efficiently while shooting on video. Just be aware that any change in medium changes the way lighting is perceived.

Another relatively inexpensive and easy way to learn cinematography is to shoot on film with a Super 8 camera. The equipment (cameras, splicers, editor/viewers, and projectors) is fairly easy to find, relatively cheaply. The film is inexpensive to buy and process (in comparison to16mm), and you can even transfer it to video yourself with a projector and video camera. The cartridge system makes the format easy to load and unload, and to send out for processing via envelope mailers. The cameras are lightweight, easy to operate, and have built-in light meters, zoom lenses, and filters. Mostly, Super 8 is a good learning tool because you are actually shooting on film. And the current range of stocks almost rivals that of 16mm; in fact, you can actually purchase a wide range of color negative stocks that are essentially 35mm stocks that have been split, re-sprocketed, and packaged in the Super 8 casing. Of course, you can’t project them directly, as you can reversal film; you need to have them professionally transferred.

Super 8 cameras are available at used camera stores or from online auctions. Buy a roll or two of Tri-X reversal film, which is a fast and forgiving film with a wonderful, but grainy look. Pop a cartridge in (it’s easier than loading a video camera), and shoot.

When you get the film back from the lab via a mailer (or from Boston-based Cinelab, Campus Camera, or SBI), you can project it directly using the projector that you bought or borrowed. Next, buy a roll of Plus-X B/W, Kodachrome, and Ektachrome. Shoot any subject with the same film, in the same way, and see the differences in stocks yourself. The cost should be less than $100.

Of course, to really learn how to paint with light, you’ll need to learn to observe it. Notice the way light hits a building at different times of the day. Observe how it falls on someone’s face when they are sitting by a window, or as they move to a darkened corner, go outdoors, or stand under a streetlight; observe the changes in light, shadow, texture, and color saturation. Look for how the detail of their wrinkles, eyebrows, and prominent features changes, diffuses, fades, and casts shadows. Look for the contrasts between the light and dark. Use different sources of light — an ordinary house lamp, flashlight, work light, or paper lantern on a cord – and move the sources around. Light an object from above, the side, and below. Look for changing texture and shadows. Move the lamp closer and further away, and watch how the light falls.

Try lighting with two sources. Bounce the light with a mirror, or aluminum foil, or a piece of white fome-cor. Use things that are around the house or can be bought easily and cheaply. After playing with these informal lighting schemes, begin shooting them. Even if it’s just a lemon on a table, it will speak worlds to you when you view your experiments.

As a cinematographer, you are also dealing with motion. Watch the way friends toss a football. Imagine how you would capture that motion. Then shoot it. Try tracking a close-shot, or see the whole scene in a wide shot. Shoot it from underneath, or from the opposite point of view. Try different focal lengths. Observe how using different focal lengths alter the perspective of the subject with its surroundings. Shoot it handheld, or panned on a tripod to see how camera movement can help create a story, or raise dramatic tension.

See as many films as you can. Notice how other cinematographers use light and motion. If you like a film, watch it once for story and performance, then watch it again and observe the cinematography. Note how the lighting falls and illuminates characters and subjects; note the saturation of colors. You know that a fire engine is a bright red in real life, but how does it look on film, and in relation to the rest of its surroundings?

Note how certain characters are lit, and in the case of Hollywood films, how the stars are lit. Look for shadows, possible sources of lighting, both the seemingly real, and the accentuated lighting. Think about how the camera was moved and to what end. Note the overall color scheme (saturated? pastel? monochrome?). Note the contrast of lighting (the difference between the lights and darks). Is it hard edged or diffused? Does the film quality appear slick and polished, or is it grainy? How do these elements make you feel about a character or a particular scene? Do they add to the story, or detract?

Don’t be afraid to look at other sources of art and image for inspiration. Photography and painting offer lessons in lighting and composition. Boston cinematographers may want to check out the current Impressionists exhibit at the Museum of Fine Arts, or the chiaroscuro paintings of the Renaissance at the Isabella Stuart Gardner Museum.

Of course, you’ll also want to gain experience working with others. There are a few common paths for becoming a cinematographer.

Work your way through the various jobs on a film crew.

Intern on independent films first. Perhaps you might apprentice with a camera crew, and learn to be an assistant camera operator or film loader. Consider working with the lighting department, and become a gaffer, before turning to cinematography. Gaffing, and therefore lighting, is the major element in cinematography.

If you have the money, or can earn a scholarship, film school is a great way to learn cinematography. If you are already going to college, take any available cinematography courses. Shoot as many of your own and your fellow student’s films as possible. You may never get a chance to shoot that much again, or to work on such a wide range of films, with a wide range of filmmakers.

Shoot your own films.

This may be where using a video or Super 8 camera comes in handy until you have the experience and finances to shoot 16mm or 35mm. Shoot whatever project comes your way, or create your own. Shoot mini-documentaries, experimental films, or music videos for local musicians or friend’s bands. Shoot as many stocks as possible, indoors and out, use all the lights you can find, and shoot as many ways as you can imagine. Keep extensive notes and diagrams of stocks, f-stops, focal lengths, lighting setups, etc.

Move laterally from another craft.

People schooled in videography and photography have a head start as cinematographers, but so do film directors who want to shoot their own stuff. Or editors who want to get out of the editing suite and create their own images. You’d be surprised at all the things you already know about apertures, focal lengths, film stocks, continuity, coverage, blocking shots, moving cameras, lighting, and so forth.

You’ll probably venture down some or all of these paths on the way to becoming a cinematographer. Perhaps you are a photographer with a Super 8 camera who enjoys motion pictures. Purchase or borrow a few books on cinematography and learn the similarities and differences. You can also take a few courses, without going to film school. The Museum School of the Museum of Fine Arts (www.smfa.edu) offers some excellent continuing education courses, but hands-down the best bet is to look into the multitude of professionally-taught classes from the Boston Film and Video Foundation (www.bfvf.org). The BFVF offers reasonably priced courses that range from two hours to a whole semester’s worth of learning.

Finally, here are a few recommendations of books on cinematography.

Ascher and Pinkus, "The Filmmaker’s Handbook." Focal Press. A classic handbook, used in many film schools nationwide, and in many great cinematographers and directors libraries.

Katz, "Shot-by-Shot." Weisse Publishing. More oriented toward directors, but a great guide for setting up the shot.

Samuelson, "The American Cinematographers Society Manual." ASC Press. The classic handbook that should be in every cinematographer’s kit bag.

Related Article: One Cinematographer Too Many