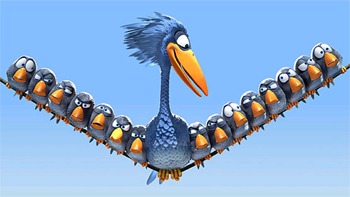 Share
A report of news & events in the local industry for March 2002.

The Maine Jewish Film Festival will run March 9-14, 2002. This year’s program features 18 films from around the world, guest directors and speakers, discussion, a women filmmakers forum, the controversial film "Trembling Before G-d," and their new project, Crossing Cultures: Blacks and Jews. For more information please visit www.mjff.org or call 207-831-7495.

Harvard Film Archive will host the annual Black Arts Festival March 1-3, 2002. The festival presents a range of visual and performing arts programs that focus on the contribution of black artists. This year’s film component features works by a new generation of filmmakers from the United States and abroad. Please visit www.harvardfilmarchive.org for a complete list of films.

Chlotrudis Awards 2nd Annual Short Film Festival, will take place March 2-3, 2002 at the Coolidge Corner Theater in Brookline, MA. Join members of Chlotrudis Awards to screen their selection of the 12 nominees for the Best Short Film of 2001, and vote for your choice of Best Short Film. A varied program features drama, comedy, foreign-language and animated films from the U.S., Canada, Ireland and The Czech Republic. For more details visit www.chlotrudis.org, www.coolidge.org, or call 617-734-2501.

In March, the Museum of Fine Arts Boston will host a series of films from Women Make Movies to celebrate the distributor’s 30th anniversary. Twelve highlights from their collection will be shown including fictional short films, experimental works, and documentaries on girls, woman and Islam, the Holocaust, women at work, and mothers and daughters. For more information on the series please visit their web site at www.mfa.org.

The Underground Film Revolution presents an eclectic mix of several locally-made films and videos on March 4 including Alice Cox’s "Virtual Percept," an experimental narrative about a cyber-space junkie; Tim Gallagher’s off-beat comedic short, "Native Corn"; Ines Hofmann’s "Darling, Go to Bed, He’s Not Going to Call…"; and Paul Ceriello’s "A Single Thanksgiving" in which a 30-something bachelor endures yet another trip home for the holidays.  See the complete event listing on NewEnglandFilm.com.

The Boston Secession brings the latest restored print of Josef von Sternberg’s Weimar cinema classic "The Blue Angel" to the Somerville Theatre on March 16, 2002. "The Blue Angel" will be combined with a new soundtrack performed live by a Weimar Cabaret Band and 22 singers. Tickets are available at the Somerville Theatre Box Office and at TicketMaster, call 617-931-2782 or visit www.ticketmaster.com.

JetPak Productions of Boston recently completed production on C.O.D., a 35mm sci-fi short film. C.O.D. follows a digital drug dealer of the near future on a less than routine delivery and stars Joanna Going (An American Quilt, Wyatt Earp) and local actors John Porell and Celeste Oliva. C.O.D. was shot by New York/Boston DP Michael Pessah and produced and directed by JetPak principles, Jennifer Cobb and Michael Kuell. JetPak handles all stages of production and is known for short films, music videos and a wide range of multimedia work. For more information please visit www.jetpakpro.com.

Matthew Charde will join Euro RSCG Circle as Director of Multimedia and Entertainment. His mission at Circle will be to grow a state-of-the-art audio, video, and animation production expertise, further enabling the company to deliver content for its clients through broadcast, Internet and other electronic channels of distribution. For more information please visit the Euro RSCG Circle website at www.circle.com.