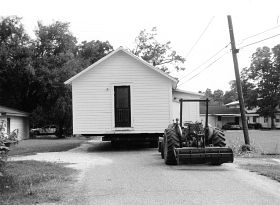 N.E. Filmmakers Go for the Gold in Park City

Once again this January, thousands of festival-goers from around the world descended upon the tiny town of Park City in the middle of the Wasatch Mountains to view everything from documentaries and dramatic features to experimental shorts. Sundance, Slamdance, Slamdunk, and Tromadance Film Festivals all screened films from New England filmmakers as part of their 2002 line-ups in chilly Park City, Utah last month. Here’s a look at some of the New England films that competed at the 2002 Park City festivals.

The Sundance Film Festival, one of the most well known and well respected festivals for American and international independent film, selected two New England films this year. "Blue Vinyl," a documentary feature, and "XX / XY," a dramatic feature, were both shown to packed audiences.

"Blue Vinyl" is Judith Helfand’s latest documentary — her film "A Healthy Baby Girl" competed at the 1997 Sundance Film Festival. As a young woman, Helfand survived cancer brought on by drugs her mother took during pregnancy. This led her to be skeptical of all things synthetic, such as PVC (vinyl). When her parents decided to cover their house in blue vinyl siding, Judith tried to persuade them to use a different material. Many years and lots of interviews, road, and air miles later, Judith uncovers the health and environmental hazards associated with vinyl, and she eventually convinces her parents to change the siding of their house to blue wood. The result is an educational and surprisingly entertaining documentary.

After the screening, the audience was awarded Mardi Gras style necklaces with blue vinyl pendants (pieces of her parents blue vinyl siding cut into squares) and a sticker on them that reads "This is Vinyl. Don’t Burn it! And don’t throw it away! WARNING: Manufacturing vinyl creates dioxin and other chemicals that can cause cancer and harm fetal development." Daniel B. Gold, "Blue Vinyl’s" co-producer, co-director, and director of photography, won the Excellence in Cinematography Award for his work on the film. "Blue Vinyl" is scheduled to air on HBO in May. For more information on the film or to learn more about the hazards of vinyl go to www.myhouseisyourhouse.org  Fore more information about the film visit www.bluevinyl.org.

Austin Chick, a writer/director originally from New Hampshire, had his film "XX / XY" selected for this year’s dramatic feature competition. Mitchell Robbins, the executive producer, and Susan Welsh, the co-producer of "XX / XY," are no strangers to Sundance. In 1998 they entered the festival with "Next Stop Wonderland," which was also co-produced by Laura Bernieri. Miramax Films bought "Next Stop Wonderland" for six million dollars, one of the largest deals ever made at Sundance.

"XX / XY" is the story of a love triangle between a young artist and two college women. The trio reunites 10 years later and passions are rekindled. Geoffry Gilmore, the programming director for Sundance, calls the film "marvelously written and bitingly honest." The film generated plenty of buzz during the festival and it was mentioned in numerous industry magazines and newspapers. More information about "XX / XY" is available on the Sundance Film Festival Web site, www.sundance.org.

Glenn Small’s Biomorphic Biosphere Megastructure from in "My Father, the Genius."
[Click to enlarge]

The Slamdance Film Festival is the oldest of the smaller festivals that have sprung up as alternatives to Sundance. For the second year in a row, Slamdance was held at the Silvermine, which actually is a working silver mine about a mile and a half from Slamdance’s former home on Main Street in Park City. Four films from New England were shown at the Slamdance festival this year: "My Father, The Genius," "Easy Listening," "Water From the Moon," and "Delhi House."

Lucia Small’s film "My Father, The Genius," is a documentary about her father Glen Howard Small. The film opens with a letter from Glen asking Lucia to write his biography. Instead, Lucia documents his life on film using footage of Glen as an ambitious young architect, home videos, photos, and interviews with Glen, his daughters, ex-wives, girlfriends, colleagues, friends, etc. Lucia’s intimate and powerful film reveals Glen’s unstable professional and private life and demonstrates how his priorities and choices shaped the course of his life.

"My Father, The Genius" won the Grand Jury Prize for Best Documentary at Slamdance and the film’s editor Karen Schmeer took home the Slamdance prize for best editing. Karen is a graduate of Boston University who has edited films for Errol Morris, the well known Cambridge-based documentary filmmaker. As an additional New England connection, Laurel Greenberg, who made the award winning film "94 Years and One Nursing Home Later," did the principal photography for "My Father, The Genius." For more details about the documentary, visit www.smallangstfilms.com.

"Easy Listening," Pamela Corkey’s feature film debut, tells the story of Burt, a wannabe jazz musician who discovers his true calling as an easy listening trumpet player thanks to the encouragement of Linda, a flautist with whom he develops a relationship. The filmmakers handed out 45’s, (the record singles) with music from "Easy Listening," for which they won Most Original Promotional Item at Slamdance. For further information on the filmmakers, or the film, visit www.easylisteningthemovie.com.

Two shorts from New England screened at Slamdance as well. Jamaica Plain resident Jenny McCracken’s short film "Water From the Moon" is an eight-and-a-half minute black and white short which features two puppets — a washerwoman and a man with wings whom she discovers in her closet. "Water From the Moon" is Jenny’s fourth short film and her first shot on 16mm. "Delhi House," by Jeremiah Zagar, another filmmaker with ties to New England, is an 11-minute film about the Delhi House, a clinic that aids sick and destitute individuals living in one of India’s poorest neighborhoods. More details about these shorts, and the Slamdance Film Festival are available at www.slamdance.com.

"Divining Mom," a feature length documentary by Cambridge, MA resident George Kachadorian, competed in the Slamdunk Film Festival. Kachadorian explores the fascinating world of dowsers, also known as diviners — people who claim to be able to find ground water, or anything else for that matter, by using two divining rods. Kachadorian’s mother is a dowser who has become highly sought after in Vermont for her ability to determine where to drill wells. His father, on the other hand, is skeptical of dowsing and is frustrated with the incessant phone calls requesting his wife’s services as a dowser (she eventually gets her own phone line).

Kachadorian interviews over 50 people about dowsing, but it is the relationship between his mother and father that roots this film and makes for an interesting and entertaining documentary about dowsers and marriage. For more information on "Divining Mom," please visit www.diviningmom.com or the Slamdunk Web site at www.slamdunk.cc.

The third annual Tromadance Film Festival was held on Main Street in Park, City. As the Tromadance Web site proclaims it is "The first and only festival of the people, by the people and for the people!" There is no cost to submit a film, and screenings at the festival are free, a welcome change on the Park City festival circuit.

Adam Roffman and Wayne Kimball’s one-minute short film "The Terror of the Invisible Man," was shown to a full house at Tromadance. The film, which was shot on 35mm in five hours for $400, tells the story of a mad scientist who discovers the formula for invisibility and sets out to take revenge upon his peers who mocked him in community college. Adam states that the initial idea for the film came about while reading H.G. Wells "The Invisible Man," at which point he began to realize how many problems an invisible man could have. Visit www.tromadance.com to learn more about the festival.