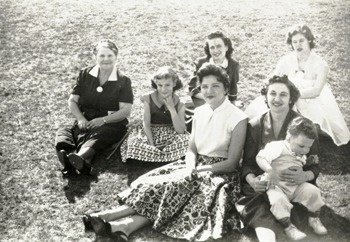 Women’s Work: A Retrospective of Films

Share
Women in Film and Video New England and the Museum of Fine Arts Boston celebrate 20 years of exceptional filmmaking by women in New England with a week-long retrospective on January 28 - February 2, 2002.

Rewind/Fast Forward will offer a diverse selection of films from the early 1970s to the present – many of which have not been screened since their original release. Film topics include: gender and identity; civil rights and feminism; war and peace; coming of age; and race and ethnicity.

The festival opens on January 28th with a special evening at the Brattle Theatre showcasing Canadian actress Sarah Polley ("Go", "The Sweet Hereafter," "Guinevere," "eXistenZ," "The Claim," and Hal Hartley’s soon-to-be released "No Such Thing"). Polley began acting at the age of four and dropped out of high school at 14 to become a political activist. "I Shout Love," her film about "getting your heart ripped out of your chest" is a 30-minute short that will be screened as part of the evening’s events.

On Tuesday, January 29th, the retrospective will feature a night of local film classics entitled, That ‘70s and ‘80s Show, hosted at Boston University’s School of Communications. This free program includes the first feature co-directed by a woman in Boston: "The Dozens" (1981) by Christine Dall and Randall Conrad. Also screening is Susan Steinberg Woll and Richard Leacock’s "Lu Lu in Berlin" (1981), a wild conversation with the legendary movie star Louise Brooks. Another on the program is Marjorie Short’s Academy Award-nominated short, "Kudzu" (1977), the true and bizarre story of the Japanese vine that saved — then ruined– the American South. Finally, Alexandra Anthony’s "Yaya" (1984), is a poignant, humorous documentary about her Greek-American family living in rural Louisiana.

On Wednesday, January 30th at Simmons College, Rewind/Fast Forward features the free program, Roots of One’s Own: Reclaiming Cultural Identity in America. The acclaimed, "As I Remember It" (1991) by Ethiopian born Salem Mekuria is an intimate portrait of writer Dorothy West, famous as the youngest member of the Harlem Renaissance. The film explores West’s historic struggle to form a genuine "Negro" literary culture. The second film, "Miss India Georgia" (1997) by Sharon Grimberg and Daniel Friedman, is set in present day Georgia and documents with a Southern-drawl, Indian-American teenagers at least a generation away from Bombay or New Delhi, reclaiming their cultural identities via a competitive all-Indian beauty contest.

Also at the MFA, Beth Harrington’s, "Welcome to the Club: The Women of Rockabilly" (2001) a film which honors four rockabilly queens: Wanda Jackson, Brenda Lee, Janis Martin, and Lorrie Collins, has its East Coast premiere on February 1st. The evening continues its salute to strong women in music with C.L. (Lisa) Monrose and Charles Jevremovic’s "Soul Soldiers" (1987) a music video for local rock legends, the Throwing Muses. Nancy Porter’s "A Woman’s Place is in the House" (1975) is a documentary tribute to Elaine Noble, the first open lesbian elected to the Massachusetts State Legislature. Porter’s film is presented with Margaret Lazarus and Renner Wunderlich’s media-literacy video, "Beyond Killing Us Softly: The Strength to Resist" (2000).

The final day of the festival, Saturday, February 2nd, concludes with three incisive films, two of which offer thoughtful counterpoints to the events of September 11th — Mary Benjamin’s 1981 Oscar-nominated film about anti-nuclear activist Dr. Helen Caldicott, "Eight Minutes to Midnight" (1981) and Liane Brandon’s "How to Prevent a Nuclear War" (1987).

Wrapping up Rewind/Fast Forward is the much-awaited, exclusive sneak preview of "My Father the Genius" by ex-WIFV/NE president Lucia Small. When her long-estranged father, visionary architect Glen Small, willed his daughter the task of writing his biography, she responded with this irreverent documentary portrait exploring the controversial worlds of his work and life. The film was selected for Slamdance 2002.