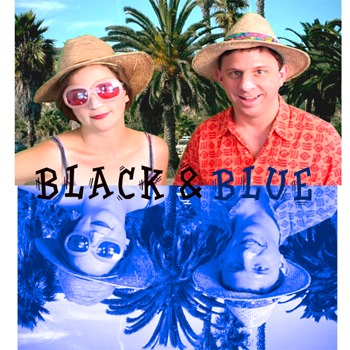 The Soul of Independent Filmmaking

Share
The independent spirit wins out for Boston actor, comedian and filmmaker Paul Wagner who is working on 'Black & Blue,' the premiere film for his new production company.

What do you get when you combine a male student nurse from England, an eight-time Emmy Award winning comedian/actor/writer/director, and a story about spousal abuse? You get "Black & Blue," starring Paul Wagner — a unique short film out of Boston. "Black & Blue," a surreal dark comedy dealing with a successful young businessman driven towards suicide in order to escape his wife’s emotional and physical abuse, was written by 23-year-old Brit, and professional psychiatric nurse, Paul Mitchell.

The film was shot over five days in September on digital video and has become a "calling card" for World Media Arts, Inc., Wagner’s new media company focused on creating entertainment for film, television, and the Web. Wagner, who is also the film’s director and executive producer, created World Media Arts, Inc., so that he would be able to produce the plethora of TV pilots, short films, and features that he has written. The company began in 2000 with the help of independent film producer and BFVF’s Director of Education, Kim Jackson.

Although Jackson was not planning on making a short film, she fell in love with the "Black & Blue" script immediately. "I liked the dark surrealness… the story allows the viewer to project their perceptions of the outcome of the film and of this [character’s] reality." Wagner and Jackson decided it was the perfect film to create to show financers the company’s depth, style and ability.

I recently sat down with Wagner and talked to him about World Media Arts, "Black & Blue," and working as an independent filmmaker in Boston.

SS: You’re often known as a wild comedian. Why a production company?

Wagner: I’ve used comedy as my vehicle because it gets the most attention, but I’ve actually had equal experience in traditional acting, writing and directing. I’m launching a production company to coincide with the national launch of my comedy, writing and acting career so that I can make my own productions. It’s such a game out there. I’d rather have the resources to make my own things rather than be at the mercy of a 22-year old studio exec who spends all day getting his ass kissed. As I become more nationally known, I’d like this company and this community to be by my side.

SS: Why Boston as opposed to NY or LA?

Wagner: I see myself in NY in the future, but Boston has been a great home for me. Lots of folks have helped me out here. Mitchell Robbins taught me a lot. Laura Bernieri has been a great friend and mentor and took me under her wing. Susan Welsh, too–amazing people. Also, Boston is just a great place to make a movie. People really care about filmmaking here. It seems to be a personal and karmic experience for people here. They seem to be into it for the right reasons, whereas the things that I’ve been involved with in L.A. don’t have the heart that I need when I work.

Wagner: "Black & Blue" is the second short film I’ve directed and edited. I really like how it’s turning out.

SS: What was it about the script that made you want it to be your "filmmaker calling card"?

SS: The ending of the film is quite surreal. Do you think that’s going to help or hinder it? How do you think people will react to it?

Wagner: I think that’s the hallmark to the piece. With that type of ending, people can project more into it and get more out of it. When films hand over the answers, it’s not as personal and as moving.

SS: You’re editing the film now. What’s the next step?

Wagner: First a director’s cut at Boston Film/Video Foundation, then feedback from my inner circle. I’m editing it scene by scene and then I’ll put all the scenes together and see how it feels. My sense is that things are going to get dropped because I’ll be able to see redundancy in the greater scheme as it comes together. After it’s complete, we’re going to send it to film festivals and begin fundraising for the features.

SS: You’ve worked in the corporate world for a long time, writing, producing, and acting in commercials as well as corporate and educational videos. What are your feelings about corporate productions versus independent productions?

Wagner: The corporate world is Satan and independent film world is the soul. (Laughs). Independent film and television, for me, is the essence of life. It allows me to tell my stories without a board of directors breathing down my neck. It’s hard to pursue soul in corporate America because there are so many people with agendas that are saying no to ideas that are born from a good place. I learned a lot there, but it had limitations that prevented me from feeling free.

On a good note, corporate America was where I fully developed my comedy act by traveling to corporations and writing for them all over the world. I went everywhere. And I developed myself to such a degree that I’ve surpassed what I would have been able to accomplish had I pursued my talents in traditional comedy clubs and theaters. I also learned how to produce, direct, edit, and do graphics. I could afford to buy production equipment and I learned every aspect of story production. It also gave me contacts with people who have money who happen to be in search of something more passion oriented. And what’s more passion-oriented than storytelling? So corporate America has had value for me on a lot of fronts.

SS: Anything you want to add about future projects that you’re doing?

Wagner: Now that I’ve got many things in place in the entertainment realm, I’m beginning to plan on leading my retreat, Spirit Weekend, again. It’s a four-day artistic weekend for all types of people, filled with the magic of theater, improv, writing from the heart, rituals and connection to the earth. It’s kinda like summer camp for the soul. I just landed a contract with a wilderness management group in North Carolina that has lodges and cabins. It’s absolutely beautiful. The retreats will happen next spring and summer.

SS: How about entertainment projects?

Wagner: I really want to do a silent film. We have a couple of ideas we’re playing with but we’d like to shoot that pretty soon. I’ve also written five screenplays and seven sitcoms in the past two years. The film we’re currently producing is both unusual and timely — which is a nice combination. The TV pilots feel solid. I have a feeling I’ll land a deal in a very nice home.

SS: Seems like things are going well for you.

Wagner: I’ve had good fortune. Plus, I’ve had the help of dynamo Kim Jackson, who I think pretty much defines the term "ethical, hard-working producer." As for me personally, as I continue to travel the planet and meet people as I pursue my dreams, my funny little world just seems to expand organically. I feel very motivated and very lucky. Did I mention how lucky I feel? Oh yeah — and thankful!