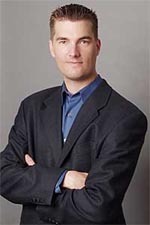 Share
Thinking about streaming your film or video over the Internet? The Ultimate Streaming Seminar taking place this month can show you how to get there.

Scenario 1: You’ve just finished your first feature length film. It’s screening at your local art house theater and you want to get the word out, but your publicity budget was spent on that great piece of music you decided to license at the last minute.

Scenario 2: You’ve made several films and have a Web site that is dedicated to your creations. It’s full of behind-the-scene stills, interviews with the actors, and articles on your accomplishments. The only problem is, there’s not even one example of your work on your site.

Scenario 3: You’ve finally finished the last minute of that corporate video you’ve been working on for the past month. All you need is your client’s approval on the ending. You could Fed Ex a tape for next day delivery, but if you get approval today, you could start your online right now (and be able to take Friday off like you planned).

Each of these situations has one thing in common — the need for encoded, streaming video. Let’s face it, the Internet is quickly becoming a media playground. The opportunities for filmmakers to benefit from it have never been greater — or easier.

If you’re still daunted by the idea of encoding your work, have no fear because there’s a great resource that can get you on your way to streaming mania. THE ULTIMATE STREAMING SEMINAR, taking place December 6 – 7, 2001 in Cambridge, MA, is the result of a collaboration between Future Media Concepts (FMC) and Sorenson Services USA (SSUSA) and is presented by Dale Sorenson, president of SSUSA.

FMC was established in 1993 as the first Avid Authorized Training Center in the country. Its manufacturer authorized training ranges from non-linear editing, to Web design, to desktop publishing, among others. They represent Adobe, Apple, Avid, Macromedia, and Pinnacle, to name a few. SSUSA is a provider of digital video and streaming media z, compression and project management. The company was founded by Dale Sorenson (no relation to the inventor of the Sorenson encoding codec) who has dedicated himself to helping people understand and use technology in creative ways.

The two companies first came together in 2000 for a one-day event called the QuickTime Streaming Seminar. Although this event was successful, it became apparent that there was a need for a more comprehensive event that would cover more topics. Thus the birth of THE ULTIMATE STREAMING SEMINAR, a one-stop shop that demystifies media and the Internet for filmmakers and digital artists alike.

"Attendees walk away with an overview of the best technologies available, the understanding necessary to choose and use the right tools for a project, and tips on how to get the best possible results," states Sorenson.

Topics include exploring broadband web video strategies; understanding the pros and cons of progressive downloading versus true streaming; strategies for delivery and options for hosting; tips for shooting and editing for Web based video; among others.

Still not convinced that you need to learn what it takes to encode video? Consider this — Web sites with streaming media attract more viewers and keep them coming back, a majority of Internet users now watch and/or listen to streaming media, over 7 million home users now have high speed Internet access. According to Sorenson, what this adds up to is the fact that encoding offers filmmakers a way to reach tens of millions of viewers at a fraction of the cost of traditional methods.

For those of you who are already technology orientated, the workshop has something that you can sink your teeth into as well. Not only will standard encoding codes such as Real G2 and 8, Windows Media 7 and 8, Sorenson Video 3, and others be covered, there will also be time dedicated to learning about MPEG-4, a codec that some say will revolutionize video on the Internet. Towards the end of the seminar, there will even be live streaming demonstrations.

"Attendees will see several live streaming solutions in action," states Sorenson. "Live webcasts are actually streaming during the seminar, so students can see how to set them up and how they work, end-to-end."

THE ULTIMATE STREAMING SEMINAR strives to makes its attendees understand that encoding software is just like any other tool. Knowing how to use it is the key to successful and creative filmmaking over the Internet.