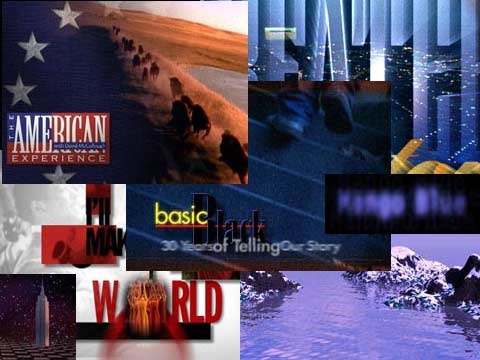 How to Be a… Graphic Designer

Share
Graphic design isn’t just for paper. Learn how it fits into he world of film and video.

If you love to use Photoshop, Illustrator and other graphic design software, but you’re bored with seeing your creations on paper, you might want to consider gearing your work toward film, video, or the Internet. NewEnglandFilm.com spoke with three graphics designers who create graphics for these outlets, Joel Markus of M, Inc., Kingpin Interactive designer Frank Capria, and freelancer Joanne Kaliontzis.

Joel Markus works for M, Inc., which stands for Motive, Motion, Moments, and Markus. Some of his clients include the Discovery Channel, ESPN, and Bose Corporation. When designing for television, the projects can range from title design to show promotion to informational design. News programs and documentaries require animated maps or diagrams. He is currently working on an On-Air/Print Marketing campaign for ESPN International. "Normally we are just producing the On-Air look for our clients. However, the marketing department liked the On-Air look so much, they decided to contact M, Inc. to also design the print material," a perfect blending of the traditional use of graphic design with a more updated approach.

Frank Capria, of Kingpin Interactive, has a background in film and video editing. He has a degree in Journalism, which he explains, gave him the skills needed for being a good storyteller and communicator. Such a background is rare in the field. According to Joel Markus, most individuals usually have a background similar to his, which is holding a BFA and MFA in graphic design.

Kingpin Interactive is a communications firm that primarily services the media and entertainment industries. They develop Web, interactive television, and DVD content. Their clients range from small startup companies to national television producers. Currently, Kingpin is taking a client’s Web video library and adding interactivity to create a more compelling user experience. "The biggest challenge," says Capria, is "developing a grammar for such interactivity." There are also issues of bandwidth constraints and other limits of technology.

Joanne Kaliontzis has also worked on projects for television, designing animated titles and promos for the Discovery Channel and HGTV. She is a freelance designer/director and imagemaker. Joanne has a BFA in Graphic design from the Rhode Island School of Design. In addition to her work for film/video, she does print design artwork. Current and future projects include art commissions for high-tech firms and art projects for Children’s Hospital in Boston.

Although graphic design in film has always been a part of the medium (even if it was only in the typeface treatment of the credits) it was in the 1950’s that the artform came into its own with the inventive creations of Saul Bass who was regarded as one of the best in the business. He is said to have redefined the visual language of film. He designed credit sequences for both "Cape Fear" movies and "The Man With The Golden Arm," among others. He also designed the Bell Atlantic telephone logo.

Graphic design in film usually involves designing main titles and end credits, charts and diagrams, and sometimes, the entire look and feel of a program. Some films use design as part of a particular scene. For instance, during a retinal scanning sequence in the original Terminator, graphic design was needed for the digital imagery.

Films that standout for their graphic elements are "The Pillowbook" by Peter Greenaway, "Austin Powers" for its art direction, and "Seven" for its art direction and titles. "The Pillow Book" is the story of a young woman who takes revenge on her father’s book publisher through her skills in Chinese calligraphy. Joanne Kaliontzis cites "The Pillow Book" because, "Along with the compelling film visuals, this is the first time I have ever seen a film that has actually ‘designed’ multi-language subtitles as an integral part of the story."

So how does one become a graphic designer? First of all, be warned. It’s a very competitive field. It requires lots of hard work, sweat, and education. Markus suggests that internships are a great way to both get your foot in the door and a good look at the field. Also, one should be immersed in a video production environment, serving as a production assistant, design assistant, or assistant editor. Working in the field of design involves starting with a blank page and developing concepts and imagery based on research and problem solving. It is also important to be able to work in teams. One should learn computer skills in Photoshop, Illustrator, and After Affects, as well. However, Joanne warns that while learning the software may get you the job, "knowing how to think will allow you to keep your job." All of the designers agree that what keeps them going is the possibility that they will "create something today that no one ever thought of before."