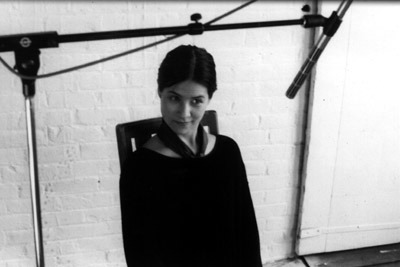 A family foundation with offices in Cambridge, MA and St. Helena, CA, the LEF Foundation began awarding grants in 1985 to visual, media and performing arts projects focusing on AIDS advocacy, the urban and natural environment, and critical community needs. LEF Foundation primarily supports projects with a strong presence in California and New England, and also considers relevant proposals outside these regions. In New England, LEF has become known for its strong support of film and video projects and media arts organizations, in addition to continuing its grants in all arts. All LEF programs focus on imaginative strategies that connect the work in the world and affirm the importance of artistic intelligence in the broader culture. This fall, LEF New England is embarking on a special targeted project called The Moving Image Fund. Lyda Kuth, LEF New England Director, explains what it’s all about, and how it might help independents in the region.

Kuth: We’ve taken one area that we fund — film and video — and put it into its own specific category for funding, with a separate process from the rest of our funding. Previously, all arts funding was together. Creating a separate category will lead to a better review for media projects, and also a better review for the other multiple disciplines with media removed from that process. We still remain just as committed to funding other artistic disciplines, and don’t want to create the impression that we only fund media — our other funding is as strong as ever and artists and organizations in all disciplines are encouraged to approach LEF. We have always been committed to exploring new and better ways to support culture. This initiative provides an opportunity to explore what it means to go deeper with both the funding level, and the investment of time and energy into one discipline. So this is a three-year project for us of discovery and learning.

DD: Where did the idea for this initiative originate?

Kuth: It came from the inherent tension of colliding criteria between media and other artistic disciplines. Our past review panels felt it wasn’t a fair process to be comparing film and video projects with proposals in other arts. LEF also realized that this presented an opportunity to have a significant impact in this region by proactively investing in film and video. There are relatively few funders here for media, so we saw this as a place to make a difference in a way that matters.

DD: Are there specific goals for the impact of this fund on film and video in New England?

Kuth: In our focus group and in talking with key people in the community about the state of the independent field here, we consistently heard that the first priority should be to provide direct funding for artists’ projects. This focus is consistent with LEF’s priorities for all grants that it always starts with the artists and fans out from there. So our first specific goal is to increase funding for individual artists’ work. The second goal is to raise visibility for the work, expand audiences and support new resources that foster awareness and increase audiences.

A further component for the project is to respond to another message that came out of the focus group about what a refreshing experience it was for community leaders to come together for a dialogue. There is a certain hunger to connect with a sense of the creative community and the greater whole. This is a community that by its very definition has an inherent independence, so LEF hopes to play some role in bringing the community together and opening some dialogue. We plan to have some sort of convenings and invest in specific concrete strategies. What the strategies will be and what shape this will take hasn’t yet been defined. It’s important not to have preconceptions, but rather for this to rise up out of the ongoing investigation. But we’re committed to fostering specific and realizable initiatives in this area.

DD: What was the process for developing the initiative?

Kuth: We talked with a lot of people in the community to find out what was needed, and then we assembled a focus group of about a dozen community leaders to get diverse viewpoints in a more detailed forum. The focus group included people from all aspects of the independent scene, from artists, to non-profit leaders, to university representatives and commercial interests. The idea was to take the temperature of independents in the community, then take that feedback and apply it to our initiative. This is not a big departure from how LEF always works in developing our programs through peer panels and advisory committees.

DD: Where does film and video funding fit into LEF’s priorities?

Kuth: In a way, what film and video makers do is related directly to the core of LEF’s long-standing values, which are about context and resonance and how the artist relates their work to the world. Filmmakers generally examine one specific element in the world — they are avidly curious. Whether in documentary or in other genres, media artists are interested in discovering what’s going on in the world, and eager to bring that news back to audiences. These are people that, like LEF, passionately care, and often in a very literal sense film and video makers re-create their world visually and aurally. It’s also a discipline that, like LEF, is committed to experimentation. It’s a field that is changing and evolving and in a very vibrant way is in the process of redefining itself, and LEF wants to be a part of that.

All that said, as I mentioned before, this new initiative in no way detracts from our funding of other art forms, and those funding areas remain strong priorities for LEF during the three years of this project.

DD: What are some of LEF’s proudest moments?

Kuth: I’m very proud that LEF hasn’t shied away from funding film and video. When these projects first applied to us there were often larger budgets and more extended time frames than we had seen in other art forms. And LEF listened to the applicants, and we’ve been very responsive to the field, whereas many funders do shy away from media projects because of those complications.

Kuth: The artists’ work comes first and the rest will follow.

DD: How did LEF first get interested in independent film and video?

Kuth: We funded some organizations like Boston Film/Video Foundation and the Center for Independent Documentary amongst the mix of cultural organizations. Then we began to see some wonderful opportunities to support the incredibly strong work in media that is produced in this region. So we responded by looking at individual producers working through groups around the area, and our reputation for supporting film and video has continued to grow.

DD: Who is eligible and what’s the process to apply for funding?

Kuth: Any independent artist or organization working in New England or with work of relevance to this region is eligible (students are not eligible). Individuals must have a non-profit organization sponsor their application. The grants to media artists have three categories: Project Development (maximum award $5,000), Production (maximum award $25,000), and Distribution (maximum award $5,000). Organizations can apply for program support. Applicants should submit a letter of intent (two pages maximum) by January 10, 2002. Prospective applicants will be advised whether or not to submit a full grant application by January 29, 2002. If you are invited to apply, complete grant applications will be due March 1, 2002. Grant awards will be announced no later than April 19, 2002. All the details, with criteria and all specific procedures are up on our Web site.

DD: Who makes the decisions about funding?

Kuth: There are panels with media expertise for both the first round, reviewing the letters of intent, and the final grant decisions. These panels make the recommendations for funding.

Kuth: Go to the Web site! And send us your best projects.