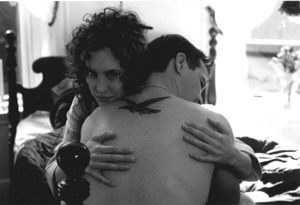 Share
A report of news & events in the local industry for October 2001.

The Providence Women’s Film Festival will take place in Providence, RI, October 12-14, 2001. The festival advocates the work of female film and video makers by providing a venue intent on celebrating the uniqueness of the female perspective. The festival is open to the public. For more information please call 401-453-6811.

The first-ever Portland Festival of World Cinema will take place in Portland, Maine on October 10-14. The festival will host international, independent, and Maine-made films. In addition to the main program, the festival will feature sidebars on classic Italian cinema, film noir, and a special children’s program.Fore more information visit http://www.filmportland.com/

The Northampton Film Festival showcases innovative, independent films and videos from around North America – shorts and feature films – narratives, documentaries, animation and experimental works. This year, the festival will start on October 28, 2001 and will run through November 4, 2001 in Northhampton, MA. Please call 413-586-3471, email info@nohofilm.org or visit their website at http://www.nohofilm.org for more information.

The 13th annual Boston Jewish Film Festival runs from Thursday, November 1 through Sunday, November 11. The Festival showcases 45 films on Jewish themes from around the world, most of them Boston premieres. Boston-area venues include the Museum of Fine Arts, Boston and the Coolidge Corner Theatre, Brookline, among others. For more information, visit www.bjff.org. For tickets, call Emerson MajesTix at 617-824-8000.

The Museum of Fine Arts Boston will also show a series of films from Iran during the month of October. Some of the films that will be screened include: "Hemlock," "Two Women," and "You are free." For more information please visit their site at http://www.mfa.org

Tom Perotta will be at the Coolidge Corner Theater on Wednesday October 17th, 2001 as part of the Director’s Cut Series. His novel, "Election," was the basis for the 1999 cult comedy. Perrotta, who resides in Belmont, will show the TV pilot he wrote and produced, and read the story on which it is based, "13," from his collection, "Bad Haircut," which concerns teenagers, baseball, and a used car salesman. For more information please visit http://www.coolidge.org or call 617-734-2501 for more information.

CrewStar, Inc., of Boston, MA, has announced that it has acquired SHOOTS.com, the production crew booking arm of Euro-Pacific Film & Productions of New Jersey. The acquisition, which took effect on Monday, August 13th, adds 150+ new clients and 6000+ international and US crew resources to CrewStar’s cache. For more information, visit www.crewstar.com, or call (508) 481-2212.