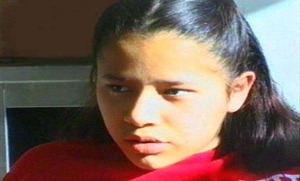 Share
A report of news & events in the local industry for August 2001.

The Rhode Island International Film Festival (RIIFF) will run from August 8 – 13, 2001 in Providence, Rhode Island. Since the debut, the RIFF has become a leader in juried competition within the U.S. It showcases international features as well as documentaries and shorts, promoting opportunities for distribution. For more information contact 401-861-4445 or visit http://www.film-festival.org.

Entries for the first Portland Festival of World Cinema are to be postmarked by August 15th, 2001. The festival will take place in Portland, Maine, October 10-14, 2001. Please contact pfwc@moviemaker.com for more information, or contact Frank McMahon at 207-772-5724 or visit http://www.moviemaker.com/ for a complete printable on-line entry form.

Matthew Newton’s student short film "Getting Out of Abigail" which he produced in 1996 recently made its Internet film debut at iFilm. Matthew attended the Keene State College Film Program in New Hampshire. The film can be viewed at http://www.ifilm.com/ifilm/product/film_info/0,3699,1324596,00.html.

BuyIndies.com announced the addition of several new locally-produced films to their catalog of over 45,000 films and videos, including "Sally & Angela" "Night Deposit" and "Bobby Loves Mangoes."

"The Mad Songs of Fernanda Hussein," directed by John Gianvito will be the first film for the New England Film Artists Presents series. This film seeks to resurrect the memory of the Persian Gulf War through three separate stories set in three different American cities. It won three awards at the 2001 New England Film & Video Festival. It is being presented August 9th at 7:15 p.m., and August 12th at 11 a.m. at the Museum of Fine Arts in Boston, Massachusetts. For more information visit http://www.mfa.org.

"Guilty or Not" by Azeem Robinson will screen at the Milky Way Lounge in Jamaica Plain Boston on August 13.  The director will be present for a Q&A. Contact ancientdomain@hotmail.com for more information.

The Films of Kon Ichikawa, a Japanese filmmaker, will be shown throughout August at the Museum of Fine Arts in Boston, Massachusetts. For more information visit http://www.mfa.org.