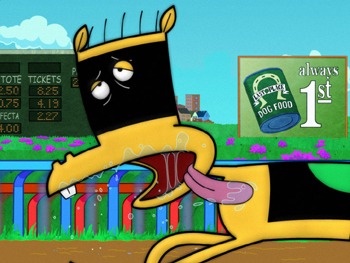 How to Be an… Animator

Share
Do you have a passion for pixels and polygons? If so, read on to find out what it takes to be an animator.
Animation. What’s not to like? Animators dream up cartoon characters, special effects, funny noises — and call it work. Of course, if you’ve explored the field, you’ve also heard of 60-hour weeks and breakfasts, lunches and dinners with co-workers you know better than your own family. But, to many, the benefits outweigh the sacrifices.

From our first memories of a big-eared Mouse and a Waskely Wabbit, we’ve been intrigued by animation — 2D or hand-drawn cell animation, to be exact. This style, which gave birth to our favorite Disney and Warner Brothers characters, involves sketching a picture by hand or computer, turning the page, and drawing the same picture in a slightly advanced position. The sketches are then outlined in ink, filled in with color, and shot on film.

King Kong, Gumby and Rudolph are examples of Stop-Motion animation, sometimes called Clay Animation. This style entails building small models, photographing them, making minor adjustments, photographing them again and so on. It also takes patience: 24 to 30 pictures create one second of film or video, often with 20 minutes between shots.

The latest animation style to emerge is CGI (Computer Generated Imagery) and 3D — the art of sculpting "nurbs" and "polygons" (don’t ask) to build much of what you’ll see in, say, Toy Story, Antz, Atlantis and Shrek. Once an animator creates data for a character or an object – including shading, texture, lighting and movements — the computer renders each final frame, which can take minutes or hours, depending on the detail.

Where the Action Is

If your dream is movie animation, start sniffing out real estate in Los Angeles. But, if you don’t plan to head west, you can dabble in all things animated without straying far from home. According to Rich Ferguson-Hull of Olive Jar/Red Sky in Boston, "New England has carved out a niche in the animation market." He adds, "We’re a tenacious bunch out here." However, if you are willing to move, animation hotbeds include not only L.A., but New York, Chicago and Toronto, Canada. Stay tooned, though — states like Florida, North Carolina, Texas and Washington are gaining ground.

Marc Dole of m2 3D in Portsmouth, New Hampshire, fields many "scientific visualization" projects. Visualization is the use of animation to show what you can’t easily see, like the workings of an engine, or touch, like a chair that isn’t built yet. Increasingly, medical and pharmaceutical companies want to show how drugs interact or how to perform certain procedures like an endoscopy, which would be gross to watch. Dole also creates short "entertainment joyrides" to open trade shows or resuscitate an audience after a presenter has droned on for hours.

If, like our speedy friend, you want to take the fast track to animation… where do you start? If you’re on the college path and want to stay local, check out the Rhode Island School of Design, Northeastern, or the myriad colleges and universities with general communication programs. You don’t specifically need a degree or certificate in animation. For instance, Dole says that a film background enables you "to tell a story, not just create characters." Ferguson-Hull notes that, alternatively, a traditional fine arts background helps you "sculpt to define dimension and space."

Outside New England are a host of schools with animation offerings. You’ll find more than 60 institutions — like Cal Arts and Sheridan College in Canada — at www.animationmagazine.net/schools.

Both Ferguson-Hull and Dole emphasize that, in the end, it’s the quality of your work that speaks loudest. So, while formal schooling is one option, learning animation on your own is another. "People teach themselves all the time by watching," attests Ferguson-Hull. One way is through internships, which are extremely competitive. At Olive Jar, 50 students may vie for six internships, so find something that sets you apart.

If you want a mentor, attend animation festivals and seminars… often as close as the Brattle Theatre and Harvard Film Archive. Many Web sites list events where you can seek your guru, while providing job listings and industry news. Our animators’ favorites: www.awn.com, www.cgchannel.com, www.3Dcafe.com, www.Flay.com, www.highend3d.com and www.turbosquid.com.

Of course, you’ll also want to learn by doing, not just watching, which means getting your hands on some animation software. Unfortunately, unless you’re Richie Rich, you don’t have thousands of dollars to drop on programs animation shops use most, like Maya, Lightwave, 3D Max, Flash, After Effects and Digital Fusion. These can cost between $500 and $18,000. Gulp. Fortunately, if you’re a student, you may be eligible for discounts. You can also go to www.macromedia.com/software/flash/trial for a free, 30-day trial of Flash 5. After 30 days, consider hanging with other animators and using their stuff — in which case, reciprocating would only be fair.

Are You the Right Kind of Character?

You can make a healthy living as animator if you’re prepared for long hours, hard work and lots of deadlines. In closing, Dole says you’re cut out for this business if you’re "creative, extremely patient, meticulous, work well with people and know where to pull punches." In other words, when in a crunch to finish a project, know how to cut time without cutting quality. Ferguson-Hull extols that "You really have to care, even obsess, about the craft, almost to the point of geekiness, because animation isn’t just a job, it’s a passion."