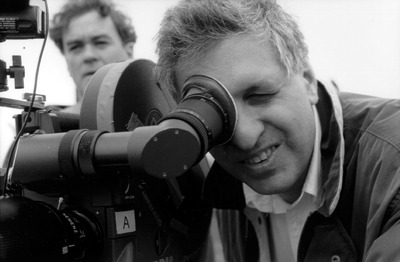 An Hour with Errol (part 2)

Share
In the second of a two-part interview with Errol Morris, the Cambridge filmmaker discusses his content decisions, different genres of work, and his relationships with his subjects.

The Search for Truth

"Well I’m not interested in accuracy. Or am I? I don’t know.

There is no simple solution to the Cartesian riddle of what’s out there: that somehow you can just look at a person and just tell whether they’re lying or truth-telling. And anybody who says that there is, I believe, is self-deceived or lying themselves.

I mean, there’s an investigation involved: there’s reading the stuff, there’s talking to people, there is, if you like, an empirical process of trying to learn about the world, learn about the context of the remark and a way of judging its truthfulness.

I don’t think you ever know with 100% certainty about stuff. But you always try at least. I believe people should always try to learn more about evidence. There’s this remarkable passage — I don’t know if you’re familiar with Janet Malcolm’s work, she writes for the "New Yorker" — you know, this sort of postmodern idea that there really is no truth, that we all subjectively interpret the world to our own ends and our own image. I’ve never quite liked that idea. I think that there’s all kinds of obstacles to finding the truth: self-deception, self-interest, and so on and so forth. But those are not insuperable obstacles. It just means that you try harder to look beyond those kinds of things to try to find some deeper hidden reality.

I believe in truth.

Until fairly recently no one in the commercial business ever realized I could interview people, which I think is absurd. It’s like I have this separate career that’s really independent of what I do as a documentary filmmaker.

I’ve been fortunate because I get higher-end commercials, and I get to pick and choose among them. I get to turn down a lot of work. I’m offered now a lot of work, more than I can do. So I try to pick things where there’s some chance that I can, first of all make them good, second of all make them into something that interests me. And occasionally I’ve been successful.

I mean commercials have given me a certain liberty, a freedom that I would otherwise not have. I’m not constrained to make money off of my movies. My income really does come from my commercial work.

My entire series ["First Person"] is being done for a budget of a couple commercials.

Loyalty to the Subject

It depends on the subject. If I don’t like them I’m certainly not loyal to them. [Laughter.]

I mean, there are always people that ask me not to do this or not to do that, and I usually respect their wishes. I just think that it makes very little sense to really impose something on somebody.

Very often I’ve said to people, "You know, if you don’t want me to use it I won’t use it." Most people have liked what I’ve done. I mean, I’ve had a pretty high success ratio.

I’m not out to get people. That’s not to say I couldn’t do things that would make people unhappy. I mean, obviously I could.

I’ve made friends with Stephen Hawking [physicist and subject of 1992’s "A Brief History of Time"] and his wife Elaine. They’re friends of me and my wife. We see them fairly often. I like Hawking. I admire Hawking.

Do I see [Fred] Leuchter [the subject of 1999’s "Mr. Death" and noted Holocaust denier] all the time? No. Do I like Leuchter? Kind of, I do. But I’m appalled by him. Probably more than I like him. And do I wanna just "hang" with Leuchter? No. [Laughter].

I’m planning to make another [fictional film] this year.

I think part of what turned into a nightmare on this one [fictional] film that I made is that it was crazy to think that I was going to be able to make a Hollywood movie with Hollywood people and make the kind of movie that I wanted to make. It was one of those classic stories where you think you can have some control over what’s happening, and in the end you end up with no control.

I have learned one thing from that experience: that I have no desire to work in Hollywood. I would be happy to take their money, but the idea of going out and pitching stories in Hollywood — I’d rather be eviscerated by the Iroquois.