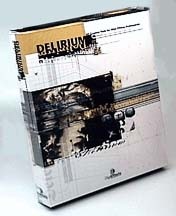 Plugged In: Psunami and Delirium

Now let’s say you’re a big advertising agency and need to create a stunning commercial for the Super Bowl. You need to show snow falling on a burning building as a little flying pixie sprinkles magic dust, sending lightning bolts shooting into the sky. Or perhaps your Uncle Vito opened a bag of Doritos and won a free 30-second commercial slot on the Super Bowl and gives you $700 to create the same scene, except instead of a flying pixie it’s going to be Uncle Vito in a flying Cadillac.

There are many plug-ins available for After Effects. They range in price from free to more than $1,000 (most are priced between $300 to $500). But don’t let price fool you. Plug-ins such as Delirium and Psunami are worth much more than their modest prices.

Delirium is a set of 46 special effects and tools for After Effects that provide color manipulation, particle distortion, and 3D tools. With Delirium you can create new images or alter your own images and videos to add fire, falling rain and snow, fog, electrical arcs, blurs, and many other special effects. You can create numerous masks and color effects that can be animated to change during the clip’s duration.

Some of Delirium’s effects include:

There are many more effects included in Delirium. Keep in mind that any time you alter video footage, the computer must render out the changed footage into a new file. This takes time. Sometimes lots of time.

The Sketchist effect turns a video file into a moving impressionist painting. It’s a nice and very powerful effect. However, it is slow to render, since it is manipulating every pixel in every frame. You can start the render process, go to the eye doctor for your yearly exam and wait for your new lenses to be made, stop for coffee on the way home and probably just catch the end of the Sketchist render process. And that’s for a short clip. But you will like what you see (the new glasses will probably help with that, too).

Delirium also includes a set of plug-ins called TILT that allows you to manipulate 3D objects within After Effects.

Many of the Delirium plug-ins auto-animate, meaning they come with a set of parameters built-in to give you an instant animated effect. An example of this is the fog effect, which creates moving wisps of fog across the image for its entire duration. Just add a foghorn and you’re ready to produce Sherlock Holmes and "The Case of the Disappearing Tax Cut."

Atomic Power bills its Psunami plug-in for After Effects as a photo-realistic ocean and sky simulator. According to the product manual, it creates the illusion of sky and water by "… modeling the true physics of large-body water and atmospheric systems." You can almost feel the complexity grabbing onto you like an angry lobster. But wait…

Psunami achieves its results with "… polygonal modeling, geometric displacement mapping, a 3D animatable camera, animatable light sources, and raytracing with reflections and texture mapping." Ack, it’s got a hold of me!

If you’re a veteran 3D artist or software programmer, all that stuff probably makes sense to you. It’s the "how" behind the "what" that Psunami does. Originally created as Digital Nature Tools by Arete Entertainment, Psunami was ported to After Effects by Atomic Power under the design guidance of motion graphics uber-god Brian Maffitt. Brian hosts the After Effects forum at the World Wide Users Group website, as well as the After Effects and Psunami training tapes.

In a nutshell, Psunami gives you a sky and an ocean and lets you do almost whatever you want with them. Create giant swells under stormy clouds, or gentle waves under a clear blue sky. Watch a shimmering sunset or land on a planet with two fiery suns. Put a ship in the water, then look up at it from below the surface or down on it from the sky. Place your virtual camera at sea level and bob in the waves. Or use either sky or water as the basis to manipulate other images to incredible effect.

The Psunami training tapes (by Total Training Inc.) are three hours of tutorials you absolutely need to begin to master Psunami. After Effects allows a plug-in to use 128 parameters and Psunami just about uses them all up.

There are settings for displacement maps, camera angle (above, below or at surface level), air optics (including haze and rainbows), ocean optics (water color, light refraction, etc.) and more. Waves are controlled by wind settings, just like wind controls waves in real oceans. There are two light sources available to illuminate the sky and water, and ocean swells are fully adjustable.

Atop the complex physics driving Psunami, the interface is simple to use and understand. Several presets provide good starting places for creating new scenes. And it’s just plain fun to make the ocean and sky behave the way you want them to.

Keep in mind that Psunami is also a render hog. Generating millions of polygons and raytracing calculations will give you plenty of time to clean out your sock drawer while waiting for your sequence to render. But Psunami is optimized for After Effects and, considering what it’s giving you, the waiting time is acceptable. A fast Apple G4 or Pentium 3/4 machine with at least 512Mb of RAM will clip along just fine.

With Psunami, you can produce Waterworld II without ever getting your feet wet!

Add Delirium and Psunami to your After Effects plug-in arsenal and you’ll have two awesome tools that you’ll use again and again. Take the time to master these two plug-ins, as their beauties lie deep beneath the surface. There’s real power to them, and you’ll save a lot of time creating and rendering if you learn how to use them properly.