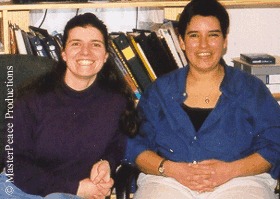 First-Hand Adventures of a First-Time Filmmaker, Part 9: It Ain’t Over Even After It’s Over

Share
It ain't over (even after it's over). Lorre Fritchy takes us on her last adventure to discuss music, packaging, and film festivals.

"…so I said ‘I don’t just get naked for anybody.’" Hey wait, you say that sentence didn’t begin at the beginning? Funny, that’s what I said when I decided to look at the first copy of my finished film (YES!) only to discover the dub house had CUT OFF the first few seconds of the picture (NO!). Instead of fading in, it just cut in abruptly. The entire film needed to be redubbed, relabeled, and reshrinkwrapped. This, in addition to a few other technical issues surrounding this phase, basically pushed shipping the final film off by about the longest month of my life.

Now I hate to tell you, but despite the horror of going through it, this is just another one of those stories you hear about every film. There is always some major catastrophe (whether physical or perceived) you’ll need to deal with and you won’t be the first or last. Acknowledging this will keep you from losing a few years off your life, or so they say. And you’ll need those years because of the fact that a film’s not "done" even after it’s done. You don’t just need to raise money to get the film finished and shrinkwrapped.

Consider the so-called indie friendly film festivals. They generally have hefty fees ($50 is a lot of dough for a low-budget indie) and they want too much material up front. "Along with your entry fee and our ridiculously extensive questionnaire, send us 10 color copies of the press kit, 12 publicity stills, a 2-page bio of everyone involved including the guy who opened the door for you on location, and your first born who will not be returned even with a SASE." And they often require this PRIOR to your acceptance in the festival.

A picture of the video cover.
[click to enlarge]

Film fests have become so busy restocking the wine and cheese for the filmgoer that they forget about the filmmaker. So you’d better have a separate festival budget to account for entry fees, press kit copies, photo reprints, shipping, and packaging. And don’t expect to get any of it back. Be selective in your festival choices — there are good and reasonable ones out there for you. Check out http://www.film-festivals.net to find the right festivals for you.

From festivals of the eyes to festivals for the ears, I cannot imagine how many filmmakers have been created by composers. I keep hearing stories of indie filmmakers who cut their music budget thinking they can just go without it. If there is a plot-related reason, fine. Otherwise, I get ill at the mention of sacrificing the music to "put more money toward the movie." As if they’re two separate things! My favorite part of this last stage of labor was the one where I had to take notes. Musical ones. The musical dialogue of Beyond Basketball should tell the story when the voices are silent. Those were my instructions to composer Jeanine Cowen ("Iditarod," "Home Before Dark"). I was especially sensitive to the fact that the word "documentary" seems to imply unsightly factoids and newsbites. I sent Jeanine in the opposite direction. I wanted to be sure that the music was feature-film-inspired, enhancing the emotions I wanted people to feel in every scene where music appears. Lest we forget it is our job to suggest — not just elicit — emotion.

The best composers have done their jobs right: they fooled you into thinking it was the film itself that made you want to be a filmmaker. This causes some directors to assume they can tack on generic muzak and no one will pay attention anyway. Listen up, literally. You never would have shuddered when the foggy water started parting if John Williams hadn’t added that haunting "ohmigodthesharkscoming" music in "Jaws." You would not have jumped off your seat if the piercing string instrument of "Psycho" hadn’t accompanied the stabbing (in fact, the music makes us THINK we see the stabbing which we never actually see).

We don’t need to have studio budgets to get a grasp of the power and importance of the music underscoring our stories. With my limited budget Jeanine created a larger-than-life tone using only a few instruments. Think epic, act indie! It’s possible if you’re creative. There is music playing for every single moment in our lives, why would you eliminate it for your film?

And the beat goes on. Now I’ve got screenplays to polish and new productions to discover. Two years in the making, this Spinumentary™ has been my passion, my dream project, and my vision. Along the journey I realized I was very wrong in assuming "everyone else" must know more than I do in this kind of endeavor. I sometimes let people over-influence me and I went against my gut on some counts I will either regret forever or learn from now. Still think this is a filmmaking lesson? If you’re ready to honor them, if you’re ready to be humbled by them, and if you’re ready to go beyond them — the First-Hand Adventures await you.