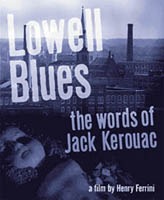 Share
A report of news & events in the local industry for February 2001.

The Chlotrudis Awards honor and support independent films and celebrate artistic merit and vision by distinguishing creative, quality films. This year, the category of "Best Short Film" has been added for the Seventh Annual Chlotrudis Awards Ceremony. On February 24th and 25th at 7:30 p.m. there will be a special screening of the nominated short films, where members of Chlotrudis Awards and the audience cast the votes for the winner. Admission is $5 for all seats at the Coolidge Corner Theater. For more information please visit http://www.coolidge.org or call 617-734-2501.

"Lowell Blues: The Words of Jack Kerouac," the new film by Henry Ferrini, will screen on February 1st at 6:00 p.m. and February 24th at 1:00 p.m. at the Museum of Fine Arts, Boston. Lowell Blues is a 30-minute "film poem" fusing language, music and image to explore Jack Kerouac’s childhood hometown – Lowell, Massachusetts. For more information visit http://mfa.org or call 617-369-3770.

"Tom Verlaine: Music for Film," is showing on February 16th at 8 pm at the Museum of Fine Arts, Boston, and features acclaimed guitarist Tom Verlaine performing live, original scores to early avant-garde films. Verlaine was a founding member of the seminal 1970s rock group Television, one the original staples of New York’s art-punk scene. In "Music for Film," Verlaine and fellow guitarist Jimmy Ripp will perform richly textured soundscapes to accompany a selection of rare, early, avant-garde short films as they are projected on the MFA’s screen. Please visit http://mfa.org or call 617-369-3770 for details.

Anne Marie Stein has announced that she will be leaving her long-time post as Executive Director of the Boston Film / Video Foundation.  She will be staying on through the spring as she helps fill the position.  She’ll be moving on to work with Bestor Cram, whose documentary "Unfinished Symphony" was featured at the 2001 Sundance Film Festival.