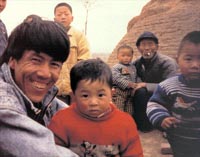 Share
A report on how PBS selects films to fund and how that affects independent filmmakers.
For independent filmmakers, who must approach the harrowing task of raising money for their projects, to have a knowledge of how and where PBS gets (and spends) its money is valuable. Monetary help for independent filmmakers is difficult to obtain, and PBS gives it, though not without a lot of work, connections, and luck. The concept of attaining funding from PBS is intrinsically good; however, the barriers that face the average filmmaker who wishes to secure a grant from PBS are fierce.

As filmmakers, we watch public television for information, creative inspiration, and its eclectic range of programming. Several New England-area filmmakers have received grants or funding for their projects through PBS; others work for Boston’s WGBH, a well-respected PBS member station. Many independent filmmakers and artists support PBS through memberships; PBS is valuable to filmmakers both as a source of funding for projects as well as a clearinghouse for new, up-and-coming films. As local filmmakers who have had their films aired on PBS can tell you, public television provides an outlet for non-mainstream projects that explore controversial, specialized, or little-known topics. As Kathryn Dietz, co-founder of Needham-based Ambrica Productions (www.ambrica.com) puts it, "PBS has been instrumental in providing early funding for our CHINA series. PBS support for "The Mao Years" and "Born Under the Red Flag" literally helped us get those films off the ground. PBS’s commitment to our work has also helped us attract other funders, making a difficult job a little bit easier." Grants from PBS enable non-commercial filmmakers not only to make their projects, but often to air them through a widely respected, popular medium as well.

PBS receives its funding through the Corporation for Public Broadcasting (CPB), a private, non-profit corporation created by Congress through the Public Broadcasting Act of 1967. The CPB oversees the dispersal of the funds set aside by the government for all public broadcasting, including television and radio; it distributes direct grants for the operation of public radio and television stations. CPB’s appropriation of funds for PBS alone totals approximately $250 million per year; state governments allocate $300 million; and federal grants and contracts contribute another $70 million.

A debate has raged for many years regarding the necessity of federal funding for public broadcasting. While most artistically-minded people choose to support the appropriation of their tax dollars to PBS, at least in theory, others consider this large governmental expenditure to be conducive to corruption. Conservatives claim that since PBS is no longer a fledgling weakling why are taxpayers continuing to fund it? Arts supporters make the argument that without government money, PBS will not be able to sustain its financial commitment to the creation of television that deals with non-mainstream, culturally diverse topics.

Some propose that PBS is already weakening in this area. PBS is forming relationships with huge media companies like Disney and Microsoft, begging the question: does PBS care about successful selling and merchandising, or does it care about producing meaningful and intelligent television? From the independent filmmaker’s perspective, more money for PBS means, prospectively, more money to help people make their dream projects. So grant-seekers may not care how PBS gets its money, as long as there continues to be money for the films that the big television networks are unwilling to air.

Getting that money, however, is quite another story. Arts Wire CURRENT (http://www.artswire.org), in an article entitled "Filmmakers Struggle for Funding," states: "The few funders which do support filmmakers, such as The Corporation for Public Broadcasting, the Public Broadcasting Service, and the Independent Television Service, can support only a limited number of the projects seeking funds. For instance, the Chronicle of Philanthropy reports that the Independent Television Service has given money to fewer than 300 projects in its eight year history but during that time it received about 11,000 applications." PBS’s record projects a similar ratio.

Also problematic is the fact that many proposals are rejected by PBS because they are funded in part by other organizations that may conflict with PBS’s underwriting guidelines. For example, in the January/February 1998 issue of EXTRA! (http://www.fair.org/extra), Janine Jackson writes: "The Public Broadcasting Service last year refused to air "Out At Work," a film about workplace discrimination against gays and lesbians, because it was partially funded by unions." The reason for PBS’s rejection of the film, as told by a PBS representative, was that PBS’s program underwriting guidelines "prohibit funding that might lead to an assumption that individual underwriters might have exercised editorial control over program content–even if, as is clear in this case, those underwriters did not." The possibility that the film’s content could have been perceived as being influenced by union sponsors was enough for PBS to discard the film, although its representative did admit that the piece was "compelling television responsibly done."

Films whose point of view may serve the interests of the filmmaker are often barred from PBS as well. There is, however, a fine line between serving one’s own interests and making a compelling film that presents a powerful viewpoint. Filmmakers use life experience as creative fodder, and they encounter strong emotions throughout the filmmaking process. Their minds are often changed in spite of themselves during a period of such intensity, and this spills over into the sentiment expressed in a piece.

For filmmakers who fit all of the requirements (and receive a grant), however, funding from PBS is a godsend. Ms. Dietz emphasizes that because of PBS funding, filming options were created that would have been next to impossible otherwise: "Our most recent PBS grant enabled us to shoot in China for our newest film, "China in the Red." Very few other funders could have made the timely funding commitment we needed to shoot a crucial part of the film even before all production funding was raised." Regardless of its business style and restrictive red tape, there are some spaces within PBS’s programming schedule for filmmakers with original stories to tell. Stomach the Teletubbies, make a great film, and cross your fingers; there just might be help on the way from PBS.