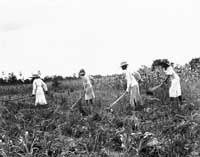 Share
A look at the history and the future of the Boston organization, the Filmmakers Collaborative.

When Michal Goldman began making a film about traditional Eastern European Jewish dance music, she had no idea she would end up by founding not one but two organizations that link Boston-area filmmakers to one another.

The Filmmakers Collaborative was born, nearly fifteen years ago, and later, its sister organization- the Boston Jewish Film Festival, out of a desire for creative autonomy and support for independent filmmakers and their work.

Raised in Lexington, Massachusetts, Goldman came of age during the Civil Rights struggle of the 1960s.

"In college, I went to school with people who were very involved [with the Civil Rights movement and] I come from a fairly progressive family, Jewish immigrants from Eastern Europe. I had this sense of what it meant to be an outsider," said Goldman.

"I got into film because documentary filmmakers were filming that movement, it was essential and exciting," she said, having worked with filmmakers like Albert and David Maysles, pioneers of documentary cinema verité, among others. "The chance to show people [different] aspects of the American experience which [they] wouldn’t know otherwise gave me the sense that documentary [films] could connect different parts of the population together."

A rediscovery of her own roots led Goldman to the vigorous and soulful Eastern European, Jewish dance music unearthed by music students in the late 1970s. "I came upon it later," she recalled. "My sister got married and hired a Klezmer band. I thought ‘there’s a buried treasure going on here’."

"Film was a part of a much bigger process of rediscovery. People rediscovered their own background. My film fed into it," says Goldman, whose groundbreaking documentary, "A Jumpin’ Night in the Garden of Eden," was produced independently, using a local non-profit as a fiscal sponsor.

Foundations or government institutions require filmmakers receiving grants to put the grant money through a non-profit fiscal sponsor, which takes a percentage fee out for administrative costs and oversees the grant money and film project. But the organization Goldman used charged a high fiscal sponsor fee and was cumbersome. So she decided to start a non-profit for herself and other filmmakers whose work she respected.

"Why not do it with other filmmakers I like that will need the same services. We [also] get together to talk about issues of mutual support," she said.

FC has outgrown its founding mission and has taken on an exciting new agenda, according to Executive Director Bonnie Waltch, who began her appointment in April this year. Goldman and other members felt it was time to bring on someone who could take over most of the management of FC and help it grow, to develop programs like Film Talks, the Filmmakers Open Studios, to recruit new members, fund-raise, and increase its visibility.

"As we’ve grown we’ve added [another] mission which is to try to serve the community," said Waltch. " We want to educate the public about the issues raised by our films and the process of filmmaking itself."

A community program, Film Talks, sends members out into the Greater Boston area to show and discuss their work with small audiences. "We did a workshop this summer with Barbara Holecek. She went to a detention center for teenage boys and presented clips of various films and a project of oral histories, ‘Voices from Africa’," said Waltch.

"Voices from Africa" is an on-going project to develop an African oral history series of videotapes for educational purposes and television audiences. The collection of oral histories allows the viewer to hear first-person accounts without the intervention of a narrative voice or a theme imposed on the story. These oral histories are key to understanding the vast variety of peoples and nations that comprise the African continent, according to Holecek.

"What I have found to be universal, at the detention center and everywhere else, [and] my faith is proven time and again, [is] that people like seeing the films. But people love hearing other people speak for themselves. This is something that has been lacking in constructed documentary," she said.

Another benefit of the Film Talks program is to "circulate the wonderful but yet less frequently seen films," said Waltch. "It is an opportunity for students to talk with an award-winning filmmaker."

FC has scheduled or presented at libraries, schools, Boston community centers, a Jewish community center, art centers, boys and girls clubs, and a boys detention center. "A humanities grant allowed us to do this for free. Our aim is to keep the program pro bono," states Waltch. FC received its initial grant from LEF. Additional funding from the Massachusetts Foundation for the Humanities and the Watertown Savings Bank has made the Film Talks program possible.

FC initiated the Filmmakers Open Studios in conjunction with BF/VF, and in collaboration with 21 video, animations and sound studios, production houses, and film and video organizations, during a Sunday, last year in March. 1000 people showed up.

"We were surprised by the numbers and are now planning to make it an annual event. Right now we are applying for funding for 2002 and would like to tie in a conference, free screenings and build on events already happening," says Waltch. "We have big ideas," she added.

One of FC’s strengths has been the synergy between the members. They support each other through informal talks as well as screening each other’s raw cuts, and sharing funding sources. Currently the FC has 16 members but not all have active projects. Filmmakers may apply for membership by sending a proposal or treatment to FC or by contacting FC for its guidelines. He or she would be invited to discuss the project, at a quarterly meeting. FC recently invited several promising filmmakers to join its ranks.

"We are fiscally responsible and can offer guidance and mentorship to younger filmmakers," said Waltch. "I will be helping new members with their budget. For some, this is their first film." This arrangement allows younger filmmakers access to seasoned film directors and the FC network.

"There are number of other relationships where a younger filmmaker will choose among us [for a mentor relationship]. The core group is accomplished, it is really exciting for us, and it great to have them and their wonderful ideas," said Goldman.

Current projects are about child care workers in Rhode Island organizing for healthcare, a death penalty case in Texas, and a Methodist minister’s daughter getting married to her lesbian partner and what it means to the Methodist church and her family.

The group’s identity has traditionally been linked to its highly esteemed filmmaker members. But now, it seeks a closer relationship with the Greater Boston community and has welcomed more direction from its board.

Reflecting on the new role of the board, Goldman states, "We are interested in increasing our community connection and involvement through our board, [to] bring people to our board who are tied to local universities, and, strong cultural associates who believe in the importance of this kind of creative work."

"My only advice is it takes a tremendous amount of stamina, a lot of stubbornness, and a good emotional and intellectual support system. If you’re making a documentary, think about coming to FC."