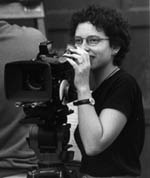 Share
In an effort to shed light on film grant sources, NewEnglandFilm.com launches this 'Film Financing' series with a profile of the Massachusetts Media Fellowships.

[Editor’s Note: In an effort to shed light on New England grant sources, Nefilm will begin to highlight foundations, grants, and fellowships that have been instrumental in supporting the production independent films in our region. We hope these profiles will inspire our readers/filmmakers to apply for funding and keep the creativity flowing.]

Firstly, let me warn you that the deadline for applications for this year’s Media Fellowships and Production Grants is Friday, November 3. So if you’re just hearing about it and reading this before that date; and if you’ve been a Massachusetts resident for the past 2 years; and you’re not a media student; and you have video dubs available; and you like the challenge of a last minute project, go directly to http://www.bfvf.org/services/mm-application.htm. You can read this article later!

During a climate of radical cuts in public funding for the arts, the story of the Massachusetts Media Fellowships is a tale of remarkable tenacity and a vital partnership between a state agency, a non-profit organization, and private funders. The current Fellowship Program evolved from the National Endowment for the Arts Regional Fellowships. Boston Film/Video Foundation (BF/VF) was one of seven organizations in the U.S. providing small project funding to artists in their regions and stimulating the growth and diversification of the film and video arts community. BF/VF administered the NEA program in New England from 1982 until 1995 when the NEA discontinued all programs granting funds to individuals or organizations through an outside agency. The Massachusetts Cultural Council had already generously provided additional funds for Massachusetts artists’ grants in conjunction with the NEA program. In 1995, it took the initiative to provide major funding for its continuation.

Today’s the Massachusetts Media Fellowship Program is funded by the Massachusetts Cultural Council (MCC) and is combined with a Production Grants program with additional support from the LEF Foundation. Boston Film/Video Foundation administers the entire process. In accordance with the MCC’s other artists’ grants programs, the Fellowships provide direct unrestricted cash support (award money may be spent for any purpose) in recognition of artistic excellence. BF/VF has also raised matching funds for the program in recent years in an effort to continue direct support for artists’ projects in production. Those awards have been made possible through the generous continued support of the LEF Foundation with additional contributors including Robbins Entertainment, The Sundance Channel, and anonymous funders. Further, BF/VF has provided in-kind equipment access grants to provide a total of $50,000 in technical support for numerous projects.

Since 1982, this program has distributed a total of $657,766 through 222 award supporting 179 different individual artists and 197 film and video projects. Past recipients of awards have included Brad Anderson, Ross McElwee, Ellie Lee, Jeanne Jordan and Steve Ascher, Phil Solomon, Margaret Lazarus, Robb Moss, Ted Lyman, Mary Kocol, Todd Verow, Leslie Thornton, and James Rutenbeck among many others. Currently this program awards funds every other year. The amount of the top four awards this year increased to $12,500 each (up from $7500 in past grant cycles). Massachusetts’ resident film and video makers are extremely lucky to have this funding available to individuals.