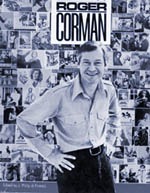 Award-winning local director Ellie Lee is in preproduction on a 35mm fiction short, "Dog Days." Adapted from a short story by writer Judy Budnitz, "Dogs Days" tells the story of a little girl’s friendship with a homeless man while America is losing a war against the world. The film will be shot near Boston in August, and cast and crew are being hired now. For more information about cast and crew opportunities, fax Salamander Films at 617-965-6507; email dogdays@salamanderfilms.com, or check out http://www.salamanderfilms.com.

Peter and Bobby Farrelly, who hail from Duxbury, MA, continue to roll with projects following the success of last summer’s "There’s Something About Mary." The brothers, along with Bradley Thomas, are producing their first feature-length animation called "Frisco Pigeon Mambo." Backed by Fox, this black comedy will trace the adventures of a rat, a pigeon, and a squirrel–test animals who live in a New York alcohol-and-tobacco research lab. The three enjoy their leisurely days, spent smoking cigarettes and drinking booze, until they are unfortunate enough to be freed by a group of animal-rights activists. Set loose into the big city, they are forced to find food, shelter, and their daily dose of nicotine for themselves.

The Vermont Film Office reports that the filming of the Farrellys’ "Me, Myself and Irene" is going smoothly. The film will shoot on location in Vermont during June.

Dreamworks Productions are setting up offices on Lake Champlain, VT, in order to shoot Robert Zemeckis’ new thriller "What Lies Beneath." The film will start Michelle Pfeiffer. Construction on the offices begins this month.

The Gay & Lesbian Festival in Boston held at the Museum of Fine Arts sold out both the men’s and women’s opening night films on May 20 and 21.  The festival, continues this month through June 6.

The 1999 Boston Jewish Film Festival features programming in June with "Tekumah: Rebirth," a film series exploring faith and collective identity in modern Israel. The series, presented by the New Israel Fund in partnership with the BJFF and the Museum of Fine Arts, runs through June 6. Admission is free of charge, but tickets are required and available at the MFA box office, 617-369-3770. For more information about "Tekumah," call the New Israel Fund at 617-734-2771.

BJFF also presents, in collaboration with the Boston Early Music Festival, "Chants of Sand & Stars," a documentary about the far-flung influences on Jewish liturgic music. Screenings are open and free to the public at the Boston Public Library, June 9-11. Also on June 9, BJFF hosts a benefit event featuring playwright Israel Horovitz, whose upcoming project, "A Taste of Sunshine," stars Ralph Fiennes. For more information about any of these events, call the Boston Jewish Film Festival office at 617-244-9899, email info@bjff.org, or visit the web site at www.bjff.org.

For other film festivals upcoming in New England this summer, see our festival preview section in the June ’99 issue.

Roger Corman will appear for a live tribute and screening at the Harvard Film Archive in Cambridge on June 5. "The Masque of the Red Death" plays at 8:00 p.m. Tickets are $8, and the event is a benefit for the Boston Film & Video Foundation.

Jazz films will play again this summer at both the Harvard Film Archive (HFA) and the Coolidge Corner Theatre in Brookline. In June and July, the HFA is replaying some of the more popular titles from its January jazz program in addition to some new and rare films. The Coolidge Corner’s program includes live performances by musicians from the New England Conservatory. A film and performance is scheduled for every Monday in June at the Coolidge beginning on June 7 with "Jazz on a Summer’s Day." Performers are still to be announced. For more information, contact the HFA at http://harvardfilmarchive.org and the Coolidge Corner Theatre at http://www.coolidge.org.

POV, PBS’ showcase for independent nonfiction films, will broadcast Lucy Winer’s documentary "Golden Threads" on June 8. Founded by lifelong community organizer Christine Burton at the age of 80, Golden Threads is a global networking service for lesbians over 50 which holds a weekend-long celebration in Provincetown, MA, each year. The film interweaves first-person diary entries, documentary, and animation, and functions not only as a chronicle of Burton’s life, but also as a discussion of aging in America.

The all-American summertime sport, baseball, is the cause for a special screening of John Sayles’ 1988 film "Eight Men Out" at the Coolidge Corner Theatre. Boston’s Fenway Park, home of the Red Sox, was chosen to host this year’s Major League All-Star Game, prompting the Coolidge to arrange the screening, which will be followed by a film and sports discussion. WBUR’s Bill Littlefield, author Eliot Asinof ("Eight Men Out: The Black Sox and the 1919 World Series"), and New England Sports Psychiatry’s Dr. Howard Katz will host the baseball discussion. The event takes place June 13 at 6:00 p.m.