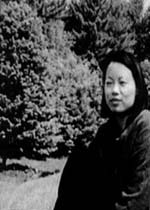 Share
A chat with Rob Lewbel and Ed Filian of the VT film 'Mud Season' before this year's Slamdance Film Festival.
Rob Lewbel was the director of photography and co-writer (with director Anthony Hall) of "Mud Season," set and shot in rural Vermont. Perhaps you saw it at Slamdance ’99, Park City’s really-truly indie fest? If not, you can catch it at the upcoming Green Mountain Festival in Vermont. Rob and I spoke via phone one morning in January. I was in Maine, freezing. He was staying warm in Los Angeles.

MPS: Did you write the script with a Vermont location in mind?

LEWBEL: Yes. The director’s wife is from Vermont, so he had a concept to use an actual character who lives in a remote part of the state. We wrote the storyline around this person.

MPS: Had you ever been to Vermont, or New England, before you started writing?

LEWBEL: Never. We went for the first time on a location scout, to get a feel for the region. We still had more drafts of the script to go, and it was a real eye-opener. It was really beautiful. When we went home, I had more fuel for the fire.

MPS: Were you in Vermont during mud season?

LEWBEL: Yeah, we were. That’s an amazing experience. We’re not used to it out here, that’s for sure.

MPS: Did you use any local actors in the film?

LEWBEL: Two of the leads came from Vermont: George Woodard and Rusty DeWees. Rusty is a local celebrity there. He does a lot of community theater, and he does a one-man show called "The Logger," which he wrote.

MPS: You drove all the way across the country with your equipment, right?

LEWBEL: We shipped the camera gear; we didn’t want to damage it. But a lot of the expendable supplies and odds and ends, we just loaded it up in trailers and said, well, how else are we going to get it there? It would’ve been way too expensive to ship it all.

MPS: Quite an adventure.

LEWBEL: It was really fun. We met a lot of people along the way, shared our experiences with the independent film thing, you know. It was a real crowd-pleaser in bars.

MPS: What’s next for you?

LEWBEL: I’m working on a script about an older married couple, and a crime that took place years ago, a family secret that comes to light. I’d like to do that in the Midwest.

MPS: You seem fond of going outside LA to do your work.

LEWBEL: It’s an expensive city to work in, for people at our level. People demand an arm and a leg to shoot on their property, and the permitting process is gigantic…[T]here are a lot more headaches. By going to a small town or an interesting region, you get the production value of locations that may have been previously undiscovered. You meet great people, and you get more bang for the buck.

LEWBEL: After Slamdance, it’s screening at the Vermont film festival, the Green Mountain Festival, on March 26, I believe. Our film will premiere and open the festival.

MPS: This isn’t exactly related, but I read recently that Vermont reported its lowest number of rabies cases in five years–only 63 cases in 1998. Did you happen to encounter any rabid animals during the shoot?

…And now, a few final remarks from "Mud Season’s" producer, Ed Filian, who was standing by.

MPS: Of course you are! Your film was accepted at Slamdance!

FILIAN: Yes, it was! And here we are on Saturday morning, Rob and I, joined at the hip, pitching this movie. No matter what it takes to get it done.

MPS: Will the three of you work together again, or will you go your separate ways?

FILIAN: We don’t know yet. It all depends what happens after the festival. If we get approached together to do another one, we’ll consider it. Rob has another script that I’m definitely interested in. We have a good working relationship. That’s key in showbiz, the director/producer relationship. It’s very difficult if it’s not the right people together. Working on many, many movies, I’ve seen it blow up. The DP, the director, the producer, all bickering or fighting for their own little power struggle–it becomes negative for the whole production.

MPS: I was going to ask if you had any advice for independent filmmakers, but I guess it would be "work with the right people."

MPS: Well, thanks. I think I’ve got enough for the article.

FILIAN: What? That was quick! And I did the whole gargling thing beforehand so my voice would be ready!

MPS: For your next movie we’ll talk more.