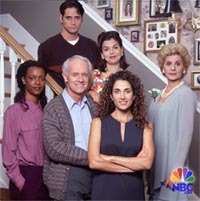 Share
The dish on local films: 'I Love My Movie,' 'The Autumn Heart' and others. Also, news from local companies & organizations.

Got a scoop? Email all news to news@newenglandfilm.com.

p>Indie Film Festival News
Sundance Film Festival announced its lineup last month, which includes a few films of local origin. Errol Morris’ ("The Thin Blue Line," "Fast, Cheap & Out of Control") new documentary "Mr. Death: The Rise and Fall of Fred A. Leuchter, Jr." will premiere at the 1999 Festival. In addition, the feature film "The Autumn Heart," directed by Steve Maler and starring Ally Sheedy, will be screened in the dramatic lineup. Each year, the programming staff of the Sundance Institute views more than 2,500 submissions to select between 100 and 105 feature films, along with 60 shorts, for exhibition to an audience of more than 12,000. For those planning to attend the festival, which takes place from January 21-31, 1999, visit http://www.sundancechannel.com/festival99/logistics/ for additional information.

Screening concurrently with Sundance, the competing Slamdance will feature the world premiere of the locally produced film "Mud Season," directed by Anthony Hall. Set in Vermont, this drama is the story of a reclusive woodsman who stumbles into a relationship with a young Chinese woman. Visit http://www.slamdance.com/

The dates have been set for the second Maine International Film Festival. The festival will take place July 9-18 in Waterville, ME. Again, the festival plans to bring the best of American independent and international film to three screens: two at Railroad Square Cinema and one at the historic Waterville Opera House. For more info, contact 10 Railroad Square, Waterville, ME 04901; phone: 207-861-8138; fax: 207-872-5502; email: miff@mint.net; www.mint.net/movies/miff

To celebrate the debut of the new NBC television series "Providence," Mayor Vincent A. Cianci, Jr., and the Providence Film Commission invite everyone to a party on January 8 at the Biltmore Hotel in Providence, RI. For more information see listing in NewEnglandFilm.com’s event section.

Women in Film and Video, New England will hold a development meeting on January 11 at 7:00 p.m. This meeting is open to all members interested in helping with development and fund-raising ideas for WIFVNE outside of their programming activities. Discussions will include the writing of their next MCC grant, due March 1, and the LA WIF summit; also, there will be a report on a five-hour workshop on "Strategy for Small Nonprofits." It would be a good meeting to attend for those of you interested in joining the board of WIFVNE in the next two to six months. In attendance will be executive director Lisa Carey, development director Lucia Small, office manager Paula Foye, board member Rebecca Richards, and others. RSVP to the office at wifvne@shore.net

Independent Film News
The Coolidge Corner Theatre in Brookline, MA, has begun a program called "Boston Shorts," in which short local films will screen along with their feature presentations. If you have a film to be considered for this program, please call Sue Stein at 617-734-2501. Films should be no longer than ten minutes, and available in 16mm or 35mm formats.

Kaylyn Thornal’s Boston women-rockers documentary "Payoff" will be shown at Berklee College of Music in March as part of Women in Music Month. The film premiered at the International Festival of Women’s Cinema at the Brattle last May. Hilary Weisman’s film "I Love My Movie," part road-trip documentary, part fiction, will have a sneak preview showing at the MFA in March as well.

Gary Roma’s film "Puss in Books: Adventures of the Library Cat" will be screened at the National Gallery of Art in Washington, DC, in March. His other film, "Library Cats, Doorstops & Puns," will be presented at libraries in Maine and Florida in February. To order copies of the film, go to http://www.ironfrog.com/vid_ord.html

The Seattle Independent Film and Video Consortium (SIFVC) has created the world’s first "Indieplex," an online cineplex devoted entirely to independent film and video. The megasite currently brings together 12 major netcasters from around the world, all for free. Now on board are netcast members Bijou Cafe, Cyber Theatre, Eurounderground, Film.com, Filmbytes, Free Speech TV, Hollywood Shorts, NewEnglandFilm.com, Pepper Scott, Planeout, Protein TV, Shortcuts, and The Sync.com, but this list undoubtedly will grow. SIFVC co-founder and Indieplex creator Scott Noegel is excited by the Indieplex’s potential. "This is a great first step in creative technology. It represents collaborative effort and manifold opportunities for everyone involved, from the mediamakers to the netcasters." You can get to the SIFVC Indieplex from the SIFVC web site, http://www.lightlink.com/offline/SIFVC.html

Future Media Concepts, an authorized training center for nonlinear editing, 3D animation, and multimedia, is opening in Cambridge, MA, following the success of their New York center. If you’re considering a new career in digital media or looking to brush up your skills, classes are now in session. Visit http://www.fmctraining.com or call 617-621-1155 for more information.

There’s a new, free email discussion list online called "The Green Room." This is a list for professional, union, and non-union actors wishing to discuss experiences, post audition notices, etc. This is not a list for acting techniques or selling books, acting lessons, techniques, etc.; this is the acting community discussing the business of the business and providing support for each other. If interested, please visit http://www.igsmultimedia.com/greenroom/greenroom.htm

Local Film Screenings
Ted Hope of Good Machine (producer of Ang Lee films including "The Ice Storm" and "The Wedding Banquet," plus "The Brothers McMullen," "Safe," "Simple Men," "Happiness," and many more) and director Hilary Brougher will present a Meet The Director screening of Brougher’s debut feature, "The Sticky Fingers of Time" with Q&A and reception on Friday, January 8, at 7:00 p.m. For more information see listing in NewEnglandFilm.com’s event section.

Due to the success of previous runs, the local documentary film "The Jew in the Lotus" by Laurel Chiten is playing again at the Museum of Fine Arts, Boston, throughout January. For more information see listing in NewEnglandFilm.com’s event section.

The Boston film "Gypsy Heart," by Jocelyn M. Ajami and featuring Omayra Amaya, will screen at the Museum of Fine Arts on January 2. The film profiles a young gypsy dancer (Amaya), her troupe of gypsies, her family, and the mysterious world of flamenco. The director will be present for all screenings.  For more information see listing in NewEnglandFilm.com’s event section.