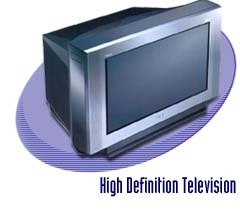 HDTV is Here! But What is it?

Share
Digital Television is now officially broadcasting in Boston and other cities throughout the U.S. But what is it and do you want it?
Technological overhauls are everywhere these days, as if you need me to tell you that. New computers, new processors, new Internet services—sometimes it’s hard to even say the word "new" before yet another upgrade, another new innovation appears on the landscape.

It’s a curious thing, the new technology of the Information Age, because it doesn’t impact everything. For example, the way we watch television today, despite all of the advances in technology around us, is decidedly old school. Broadcasters have been using the relatively "ancient" NTSC (National Television Standards Committee) standard that has been around for decades to bring entertainment home to the viewer, and even though picture quality of transmitted signals has been enhanced in the last 20 years by cable and satellite programming, NTSC has essentially been pushed to the brink. It can’t look any better than it does now.

Which is why, like it or not, here comes High Definition Television, officially abbreviated as HDTV, something that we have been hearing about for years, if not decades. Most of us also have the same questions on our minds when the subject comes up—what exactly is it, when is it coming, and, most of all, why do we need it?

What Is HDTV?
The first question is the easiest to answer: HDTV is a superior way of watching televised images at home. The movement, resolution, and motion of digital HDTV images far surpasses our current standard. HDTV is the highest form of digital broadcast television (DTV), which also encompasses signals of lower resolution—still superior to our current standard, yet offering not quite as much resolution as HDTV. Which signals will house what programming, and how many of them will be available, are major arguments still being addressed in the communications and political communities.

Even more importantly, the specifics of HDTV itself have yet to be ironed out. There are two forms of HDTV—the 1080 format (for 1,080 lines of resolution) and the 720 progressive format—that broadcasters and politicians are currently debating adopting an HDTV standard. Something like AM and FM, the two forms of HDTV use different methods of broadcasting signals home to viewers, and there are pros and cons to both formats. Which format will ultimately be adopted (various networks, for example, strongly disagree on this subject) will probably depend on which format enables the most different signals and channels to be broadcast while maintaining the integrity of the high-definition picture. These technical specifics will still be debated for quite some time, and will certainly be one reason why HDTV will take its precious time rolling out around the country, much as it has already.

When Is It Coming?
Now for the issue that most of us want to know about—when can we expect HDTV to become available? Well, right now. Sort of.

Specifically, the FCC ordered that 30 television markets this fall begin broadcasting HDTV signals (including Boston), with a gradual increase in markets around the U.S. each year through the next decade. However, because the debate on the two different kinds of HDTV and the bandwidth of digital signals also yet to be settled (including SDTV, a lower resolution format of HDTV that will contain additional programming of non-pertinent quality), it’s going to be a while before there’s a universal standard adopted by all the players involved. How cable systems, satellite broadcasters, and over-the-air channels will carry these signals is something else that needs to resolved.

The sets themselves, however, are rolling out as we speak. Panasonic and Toshiba are among the first manufacturers to offer digital TV-compatible sets, though the prices, as you would expect them to be with any first-generation piece of new technological equipment, are too high for most consumers: $6,000 for Panasonic’s 56-inch widescreen projection unit; $9,000 for Toshiba’s 65-inch DTV-ready projection set. How quickly the prices come down will depend on how fast the standards are adopted by networks, broadcasters, and the government.

Why Do We Need HDTV?
The last question—why do we need HDTV—is perhaps the toughest to answer. The easiest response is to say, "It’s better," an opinion that virtually anyone who has seen HDTV agrees with. But getting a skeptical public to switch formats, much less mandate that they have to upgrade, is going to be a tougher sell (and indeed, this is another problem that HDTV proponents have to deal with).

A lot of us love to watch movies at home right now, even if the quality can’t surpass or equal that of the best neighborhood multiplex (something that HDTV may rival if it lives up to its promise). Today’s higher-end NTSC formats like laserdisc and now DVD give us superior technology in which to recreate the theatrical experience at home, and yet, the mainstream consumer hardly even knows what both of them are. Most people are content simply with their nightly video rental for their old VCRs, even if the tapes aren’t letterboxed, even if they lack stereophonic equipment to hear the surround sound at home or a television set big enough to approximate what a movie looks like on the big screen.

However, it now seems certain that HDTV is something that all of us are going to have to address as we head into the 21st century. Whether you’re on the cutting edge with your Dolby Digital receivers and DVD players, or simply enjoy popping in a tape from Blockbuster, HDTV is indeed going to be a reality that most of us will face with varying degrees of anticipation. Some will be lining up to see the amazing new look of HDTV, while others will lament the switch from the current form of TV we have all grown up with.

HDTV is not something that’s right around the corner per se, but it is closer than a lot of us think. Like it or not, HDTV is coming, and all of us are going to have to go through a major technological overhaul—again.

Submissions can be on VHS, but the source material must be on a pristine film print (70, 35, Super16, or 16mm) or in HD video. Computer animation image files at or near film resolution (1920 x 1080 or greater) can also be accomodated.