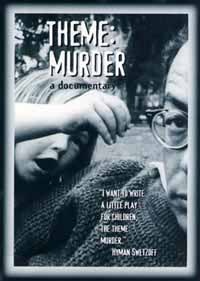 Share
The dish on films in production: 'Notes from Earth,' 'Love at Your Disposal,' and others. Also, local indie film screenings this month and film organization news.

Got a scoop? Email all news to michele@newenglandfilm.com

News & Notes
"Boston Phoenix" Film Writer Gerald Peary has taken the helm as curator of the Harvard Film Archive. Knowing him to be a longtime supporter of local independent film, we can expect the HFA to continue as a serious venue for great local and international films. In October, they are one of the three host locations of the first-ever Mass. Ave. Film Festival and will screen classics of world cinema from "The Double Life of Veronique" to "Ninotchka." Visit their web site at http://harvardfilmarchive.org for more info.

Women and Film and Video, New England had a packed crowd at their latest meeting/screening at CF Video, with clips from local women’s work such as "Theme: Murder," "Yidl in the Middle: Growing Up Jewish in Iowa," and the collaborative WIFV work "Big Sisters." Their next event will be a Distribution Roundtable on November 21. They are also in the midst of planning a Spring Awards Event and are looking for members to volunteer. Contact Rebecca Richards at 617-484-3612 to volunteer.

After a run at the Kendall Square Cinema, "All the Rage" is slated for a New York opening on October 9 and a Los Angeles date later that month. Its U.S. theatrical launch in Boston resulted in this low-budget gay-themed independent film winning the highest box office gross of the weekend. As lines formed out the door of Landmark Theatres’ Kendall Square Cinema, the decision was made to move indie-major Miramax’s local hit "Next Stop Wonderland" off the largest screen to make room for "All the Rage."

Preparations for the Boston Film ï Video Foundation’s 1998 Vision Award are now under way. This year’s honoree will be Albert Maysles, who was born, raised, and educated in the Boston area. Documentary filmmaker Albert Maysles had created famous works such as "Gimmie Shelter," "Grey Gardens," and "Salesman." More about the event will be posted soon. For now, save the date: November 14, 1998 at 6:30 pm.

Bunnie Riedel is the new Executive Director of The Alliance for Community Media. Riedel has extensive experience with nonprofit management and constitutional issues advocacy. As the former Field Director of Americans United for Separation of Church and State, Riedel trained hundreds of volunteers and community activists. She is launching the Alliance’s new "Campaign for Media Democracy," a series of grassroots initiatives aimed at strengthening public awareness of community media and placing greater control of electronic media in the hands of communities.

Film Screenings
The 1998 Mass. Ave. Film Festival is gearing up for its first four-day celebration of Boston’s independent films, to take place Columbus Day Weekend, October 9-12, 1998. The festival will incorporate various theaters such as the Coolidge Corner Theatre, the Arlington Regent, the Harvard Film Archive, and the Belmont Studio Cinema. All proceeds from the film festival will equally benefit the National Breast Cancer Coalition and the AIDS Action Committee. Some of the local films to be featured include the features "Starving Artists" and "Urban Relics"; the shorts "Coat Check," "Repetition Compulsion," "Dizzy Horse," "Lost Face," and "Molt!"; and documentaries "Playland," "The Cape Cod Canal," "An Irish American Story," "Hello Photo," and "How Can You Go Wrong." Click here for the full article.

The Rhode Island School of Design will be screening student works on October 2-3. Located in Providence, RI. They will also feature a Next Frame Film Festival of student works on November 3. Vermont Filmmaker Nora Jacobson’s first feature, "My Mother’s Early Lovers," will screen as part of the Vermont International Film Festival on October 23. It is the story of Maple, a young psychiatric nurse and poet, and her wonderful but dysfunctional Northern New England family. Click here for the full article

The VIFF will also feature a "Vermont Filmmakers Showcase" at Flynn Theatre Gallery on October 23 featuring "The Flood of ’98," "O Little Town," "Men With Teeth," "The Making of ‘In Jest,’" "Man With Another Plan," and trailers of two new feature films made in Vermont, "Mud Season" and "Wedding Band." Click here for the full article.

The premiere of "My Father’s Story," a photo-animated film by Massachusetts filmmaker Mary Kocol, in addition to a collection of her other animations, on October 17 at the Museum of Fine Arts. Click here for more details.

The Boston Premiere of Boston filmmaker Martha Swetzoff’s "Theme: Murder" will take place on October 23 at the Museum of Fine Arts, Boston. In this lush personal film, Martha Swetzoff tells the story of her murdered father’s life and death, and her struggle to make sense of his homicide. Screenings of the film will continue through December 3, 1998. Click here for more details.

Production update
Cinétopia’s "Notes from Earth" is now casting, crewing, location scouting for their Boston shoot scheduled in fall 1998 or spring 1999. The plot: An archangel of light, in the body of a dog, falls to Earth, observing and participating in the evolution of consciousness and reporting to the Creator. Her adventures with a vagrant opera singer, a corporate executive, and a dancer/prostitute culminate with a Faustian computer scientist seeking the birth of artificial intelligence sparked by a virus on the Internet. For more info, visit www.cinetopia.net

On September 23, the local film "Black & White and Red All Over" became available on video. Blockbuster has already purchased 1,500 units. Ask for it at your local video stores. For more information, contact one of the filmmakers DeMane Davis at CoffyBrown@aol.com

Speed Twin Films is currently in post-production on the feature "LoveÖ at Your Disposal" shot in Connecticut last fall. The film, written, produced, and directed by MMA member Paul Lombard of Glastonbury, CT, depicts two lonely souls who meet outside an apartment Dumpster and embark on a soul-searching mission.

Other Events
Richard Krevolin, USC Screenwriting Professor and author of the book "Screenwriting From The Soul," will be speaking to the Harvard Square Scriptwriters on October 12, 1998, at 7:00 p.m., Larsen Hall, Appian Way, Cambridge. For more information, contact hssw@fiam.net

Seen Around Town
According to Fred Ciaglo and his wife, actor Mel Gibson stopped by their Long Hollow Bison Farm in Western Massachusetts. Apparently, Mel was exploring area colleges with his teenage daughter. Who knows? There might be a New England film in Mel’s future…