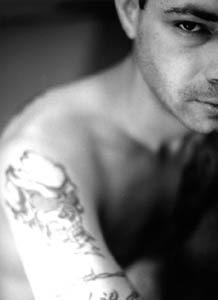 Share
Celebrating its 6-year anniversary, the Mirror Project continues to teach and inspire inner-city youth to make videos about their lives. This summer, the project will present a special video and photo retrospective at the DeCordova Museum.

The Mirror Project, created in 1992 by Colombian-born Roberto Arévalo, involves outreach to teenagers and their relatives, video teaching sessions, and the creation of individual video works by the teenagers. In addition, a video diary which documents the participants’ learning process, and the individual productions are premiered in the community; cablecast locally; and shown at national and international festivals, conferences and workshops.

This year’s (Spring) 1998 Mirror Project participants are the youngest in its six-year-old history. Seven children between the ages of 10 and 14 shouldered weighty cameras, navigated their way through the editing room and created, in the tradition of their Mirror predecessors, thoughtful videos that return us once again to the Mystic Housing Projects in Somerville. "These are the projects." says Patrick Brown, an eleven-year-old, proudly at the end of Our Diary, a record of the learning process. As Patrick glides the camera over the red brick buildings, winding streets, and the small hills at the edge of the projects, he reflects, "All kinds of people live here. Not just one color and one type of people." It is no surprise that Patrick’s own video Talent Show captures the diverse talents of some his friends dancing and singing at the Mystic Learning Youth Center talent show.

Seeing and Hearing Them
Too often, communities like Mystic are stereotyped through images that do not encompass the breadth and depth of the variety of people and experiences there. Not only do these typical portraits objectify the men and women, but the perceptive and colorful voices of the teenagers and children are muted in these less than flattering pictures. In reality, a trip to Mystic would reveal a vibrant community — the lively presence of children walking back from school, playing in little groups outside the houses, on the hills, in the parks, their voices resounding off the bricks. The eyes of its children capture a fresh, honest vision of everyday experiences often overlooked by adults. As Mirror Project Director Roberto Arévalo so aptly says, "I feel that these kids teach us so many things. They teach me about love, pain, courage, creativity and being yourself."

The Mirror Project has worked with young people to make documentaries about their everyday experiences. But this is not the typical video training program only teaching the basic techniques of this craft, it is a larger, spiritual movement that emphasizes growth and self-discovery through communication. The camera person has to be attentive, focused and able to reflect on what his or her subject is showing the world. The stories and scenes that the participants choose reflect the subtle joys and nuances of childhood and adolescence in the Mystic community. Much of the stories are anecdotal, spontaneous, moments in the everyday interactions. As a result, many of the stories captured on video bring to light an imaginative inner world that comments perceptively and intelligently on their external world.

In ten-year-old Cotyia Gomes’ Walking Around Mystic, eight -year -old Christine Underwood strolls around her neighborhood, eager to introduce us to people she has known all of her life. During their travels, she visits the home of a teenage friend, Nicole DeRochers. On Nicole’s bedroom wall, amidst the graffiti and posters, is a poem she wrote in honor of her friend Nhang Nguyen who committed suicide last year.

…You took your life like you did/ how could this happen to a special project kid./ we gaze at the bricks, imaginary ones will do/ whatever it takes, for us to be with you…

By highlighting Nicole’s creative project hidden in the confines of her bedroom, Cotyia informs us of the tremendous sensitivity that characterizes an adolescent’s world. Not only does the project illuminate an intense trauma experienced by the very young, but shows how they attempt to deal with the anguish through poetry and video. Seeing this makes us remember that throughout the project, the children thought about Nhang a lot, and it is is no surprise that he would mysteriously be memorialized in this year’s footage.

In Search of Connections
This is a community of children whose lives are joined together by friendship and common experiences, which one can only come to know over time. When Roberto drives through Mystic, in a circuitous pursuit for people, children seem to magically appear out of the characteristic red brick, leaning from windows to call to him. As he runs past children in search of an enthusiastic, but missing kid with a camera, old and new participants want to tag along with him, get in his car, play basketball, talk with him, make fun of him. At the Mystic Youth Learning Center run by the wonderful and tireless Fluffy Bergman, (playing guitar in the Talent Show) many of the teenage mentors are Mirror Project graduates. "If I want to teach effectively, it is my duty to immerse myself within the community that I work," explains Roberto. "As a result, I constantly learn young people’s ways of thinking so that I am able to create a curriculum based upon the values, beliefs, and expectations of the participants." Not only does he do outreach, teaching, editing, workshops and festivals with the children, but he becomes a friend and an inspirational mentor to them. "Interacting with people in their everyday lives lays the groundwork for learning and teaching. It is this very interaction that represents the first step towards educating yourself and others."

Spreading the Seeds
During the past six years, the Mirror Project at SCAT has created an impressive array of talented teenage videographers and accomplishments. In 1997, Patricia Valladares’ It’s Tough jointly won the 1997 New England Film and Video Festival Best of Public Access Award. In the same year, 18-year-old Louise Bernard’s Here I Am and Woodson’s I’m the Man were featured at the Somerville Film and Video Festival, the latter was also the national winner of the National Alliance for Community Media’s 1996 Hometown USA Video Festival’s youth category. In 1996, 12-year-old Mary Smith’s video, My Dream World, 16-year-old Zakia Carter Dotten’s This Is How It Is, and Louise’s Here I Am were featured at the International Women in the Director’s Chair Festival in Chicago. In 1994, Living Large was featured at the Second International Video Olympiade for which Roberto and the video’s creator 13-year-old Anderson St. Louis and Patrick Prophete travelled to Compenhagen to lead a workshop. Over the years, Mirror Project videos have been widely screened at places such as the Gallery Institute of Contemporary Art and the Museum of Fine Arts in Boston, Cine Latino Film Festival in San Francisco and Puerto Rico, The New Museum of Contemporary Art in New York City and the National Educational Media Festival in California, and has offered presentations at a wide range of universities including the Massachusetts Institute of Technology and Harvard University School of Public Health.

Themes present in this year’s work have run the adolescent gamut from addictions to the popular British band Spice Girl’s call for Girl power. Ironically, the children used these pop icons to reflect their own emotions concerning gender, friendship and freedom. Understanding their girlhood, their friendships, their dreams and their self-esteem was an important part of our time together. Girl Power by Tuyen Pham, a video which listens to Michelle Souza, admiring her newfound confidence is a wonderful celebration of just that.

In the first few weeks of classes, timid faces reflected on the monitor scowled and poked fun of their owners. In those initial days, voices which had been ignored, spoke too loudly. Those which had been silenced, spoke too softly or not at all. Dynamics of race, gender and cultural experience were delicately unpacked through their conversations with each other. The project helps to stimulate the positive aspects in a young person. It guides them through self-discovery by placing the mirror of self-reflection in their reach. "This is one of the few ways that we can expect to promote or create media that will inspire people within the community, as well as those outside, to demystify education and the media making." Roberto argues, "Furthermore, we need to heal the wounds of those damaged by the lack of talent and social reponsibility of the educational system and mainstream media." Themes of dance, friendship, and self-expression permeated the classes; however, not simply because the Spice Girls are an enigmatic force, but because these themes were present in the children already. The Mirror Project gives cameras, commitment and love, but the stories that are told, the scenes that are shown are present first within the lives of the children and their community.