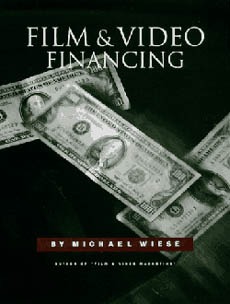 How to Finance Your Independent Film

Share
Over the years, film financing has become one the most complex and risky investments. Yet, here are viable avenues for independent filmmakers to secure financing.

Since the first audience watched a motion picture flicker on a screen in 1895, the art of filmmaking has exploded into a megaplex of ideas and images that have entertained audiences for the past 103 years.

Over the years, film financing has become one the most complex and risky investments. Though it is easier for the DeMilles, Hitchcocks, and Spielbergs of the world to land financing deals, there are viable avenues for independent filmmakers to secure financing.

The Game Plan
Once you decide on a project, it is imperative that you immediately choose your distribution platform (i.e. film, television or cable) and not wait until after the project is shot. This decision not only effects your budget, but it effects your equipment list and shooting plans. The next step is to memorize your distribution plan, which will become part of the pitch to your investors. This means that you will have to do research. You will need to find out the requirements for gaining distribution whether it be through a major, mini-major, independent studio, television or cable station. It is also a good idea to find out what type of films are regularly acquired by your potential distributor. By showing an investor a concise and detailed game plan along with enthusiasm, you will make them feel more comfortable in investing in your project.

Studio Development Production Deals
An in-house studio production will usually start as a development deal. As a filmmaker, you will first have to pitch the concept to a studio creative executive and then submit a synopsis of the project to the creative department. If the studio decides to finance the development, production, and the distribution of your project, then the studio will ultimately own most of the rights associated with your film.

When a studio gets involved in your project, you can expect a tough road ahead of you. The first phase will be a "Development Deal Memo," which is a short form written contract between you and the studio. The Development Deal Memo will simply outline the agreement, salary, time schedules, screen credit, and percentage points. Most studios will give points of the net profit to unknown talent. By doing so, this gives you a false sense of security while ensuring the studio to make as much money as possible. Typically, net profit deals do not pay-off. Studios tend to juggle financing for different projects and use creative financing so most films do not "make money" (at least, on paper). For example, a studio will put the advertising budget of your film and that of another film in your budget creating an inflated advertising cost for your film. This means that the studio not only recoups their 30 percent distribution fee, but also recoups the extra money spent on the advertising that was not associated with your film. Therefore, the film’s break-even point will be in flux enabling the studio to continue to generate money from your film. At the same time, their bookkeeping reveals a deficit to eliminate virtually any chance of the studio having to pay net profit participants their due.

However, a Step Deal offers you a few key advantages. You will be able to use the studio’s money, as well as the studio’s development companies. Because you are using these resources along with their professional script developer, you can ultimately make a bigger picture.

On the other hand, Step Deals offer many disadvantages. First, having Paramount actually pick up an unknown filmmaker’s project is very slim. Second, there is the "Hollywood System," which is a relationship driven business. Third, there is theft! It is not uncommon for the studio steal your concept and have their development team work your idea in a new way. Therefore, you have to be careful with whom you share your ideas and to remember that scripts and treatments are copyrightable, but ideas are not copyrightable. Fourth, there is also the potential to lose your material to the studio if your project is delayed by the studio. Fifth, with Step Deals you can be fired at any stage, namely if you are not meeting the studio’s schedule or if your work is not up to their standards. Once you are fired, you lose the rights to your project unless you negotiated properly before-hand. You must also protect yourself and your ideas against slipping into "Studio Limbo" (i.e. having the studio purchase a perpetual option on your project). Finally, you may run into a situation of not having your film adequately developed. Most studios tend to overbook the number of release pictures in a given year. If a studio picks up your film to meet their quota, then you can expect very quick development, production, and post-production time.

If you are seriously considering studio financing it is highly recommended that you hire an experienced entertainment lawyer. A seasoned studio executive will have more leverage than you and having a good lawyer on your side will only improve your situation.

The advantages of Independent Distributors are few. First, they can distribute smaller films. Second, you can negotiate a better deal, because you and the distributor are on the same level. Third, they will offer more personal attention to you, as well as, support the film. Finally, you have a better chance of receiving net profits.

The disadvantages of Independent Distributors are that they have limited financial resources to put into your picture. This will impact the number of theaters in which your film will be screened. Also, you will have less collection clout with theater owners and overall smaller revenues. Lastly, Independent Distributors have a higher bankruptcy rate.

Talent Agency Financing
Occasionally, you can obtain assistance in financing through talent agencies. A talent agency will package your film with two or more of their clients. They will do this primarily to increase their fee and the possibility of having the film being made. To ensure the success of the film, it is important to have the right package.

Talent agencies will not fund the project outright. Some agencies will help arrange financing through their resources such as, below-the-line facilities deals, international co-production deals, foreign government subsidies and presale arrangements. Through talent agency financing, you have more financial choices, whereas with a studio, all financing is done through that one entity.

One stop shopping is one advantage to using talent agency financing. Through the agency you may acquire actors, directors, and possibly a distributor. From the agency’s point of view, this is not only good public relations, but it increases their chances of getting paid when the film is complete.

The disadvantage of talent agency financing is fierce – due to conflict of interest! First, the agency is attaching two or more clients to the same project. Second, the agency is arranging financing. Therefore, it seems like the agency is making the film for itself, rather than you, the filmmaker.

End-User Financing
End-User financing is when a theater, cable or television station will put up money in exchange for equity percentage participation in the film’s revenue stream for specific markets. This method is very similar to presale financing. With presale financing, the end-user does not put up any money until after the film is delivered. The amount of money put up by an end-user will have been pre-decided. The actual production money will come from a lender (i.e. investor, bank, independent distributor). Obtaining end-user financing through video and cable companies is called ancillary end-user financing. Because video and cable companies rely on film product outside of the theatrical market, they are considered ancillary markets. The foreign market may be another possibility to acquire end-user financing. Foreign entities will purchase rights to films made in the United States.

The advantage of end-user financing is that you are in the best position to make money. Because the end-user is generating revenue in their own territory, they have the most control over this portion of the revenue stream. If you decide to go this route, you should ask yourself the following questions: a) who are the end-users; b) how much will they pay for specific rights; and c) what form will the investment take?

The biggest disadvantage is piecemeal financing. You will have to obtain commitments from a number of end-users to cover production costs. Also, established producers will have a better chance of obtaining both foreign and domestic financing.

Completion Funds
Completion funds are designed to provide partial production financing or post-production financing. These funds can be provided for films that meet the following requirements: a) have completed principle photography; b) are complete except for post-production; or c) are complete through post-production, but can not be released from the lab due to unpaid lab fees. If you are obtaining financing through a lender, they will require a completion bond which will ensure the project will be finished. These funds rarely put up all the money needed to produce a film. Basically, they are sharing the risk with other investors.

With this type of financing, your only advantage is that the completion financier is sharing in the risk as opposed to lending you the money.

For your information, Florida recently adopted a P&A (prints and advertising) Fund. Essentially, it is an incentive for filmmakers, such as yourself, to produce films in Florida. The Florida Film and Television Investment Trust Fund was established through private investments and state funds. This fund has the authority to invest three million dollars to be used on completing films that spent 40 percent or more of its production budget in Florida.

Conclusion
These are some of the basic ways you can obtain financing for your project using various industry resources. However, there are many other ways filmmakers fund their film — through grants from foundations (especially for documentaries and educational films/videos), individual and/or corporate investors, and, very often, out of their own meager pockets.

The next part of this article (in August 1998 issue) will discuss lender financing and include interviews with different local filmmakers about how they obtained financing for their projects.

Books on Film Financing
43 Way$ to Finance Your Feature Film : A Comprehensive Analysis of Film Finance

Financing Your Film : A Guide for Independent Filmmakers and Producers

How to Fund Media : A Special Project of the Council on Foundations

Shaking the Money Tree : How to Get Grants and Donations for Film and Video Projects

Litwak, Mark.. "Dealmaking In The Film and Television Industry – From Negotiations To Final Contracts." Silman-James Press. 1994.

Also see part 2 of this article.