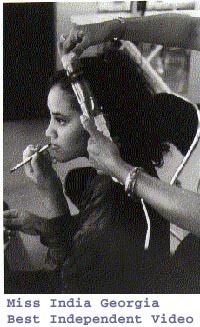 And The Envelope, Please

Best of Festival •
Repetition Compulsion
Ellie Lee, 35mm, 7 minutes
Sponsored by Technicolor
read an interview with filmmaker Ellie Lee from a past issue of NewEnglandFilm.com

Some 1998 New England Film and Video Festival (NEFVF) statistics that are very encouraging about the vitality of media activity in this region: There were 187 works entered this year (a 25% increase over 1997), including: a record number of feature length submissions (21, up from 11 in 1997). Narrative entries outnumbered documentaries this year for the first time in NEFVF history. The 1998 NEFVF will screen 27 award-winning works, compared with 15 works shown last year. Additional screenings and more works were added in response to growing interest in independent productions in New England.

Go to the Boston Film and Video Foundation website.