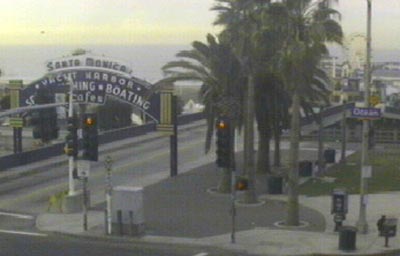 Ruben and the ATM

Share
Former Cambridge/ Brookline resident reports from another world out with tales of a Producer named Ruben complete with Vuarnet shades, slicked back hair, Cuban cigar.
Everybody in LA comes from someplace else, but some people come from places a lot stranger than others, stranger even than LA, and Ruben Hostka is one of them. Now I’m not talking Pacoima here, not even Palmdale, though that’s close since it’s also in the desert; I’m talking Israel, right smack in the middle of the Middle East, surrounded by the possibility of death in all directions. A place that makes even the Bronx, where I come from, look good.

Ruben is, you should know right off the top, a real person, and that’s his real name. Now I’m not going to give out his private cell phone number or anything, but if you don’t believe me, look him up next time you’re in town. Tell him you’re a friend of mine, he’ll be glad to see you, assuming he’s not too busy making major important deals, in which case he’ll have to get back to you.

Ruben is a producer, as you no doubt have surmised, complete with Vuarnet shades, slicked back hair, Cuban cigar, the whole nine yards. Now the hair is a bit thinning and the waistline growing, but Ruben looks like what you think he’s supposed to look like, which is why he looks like it. And if you pin him on it, he’ll laugh out loud, and probably offer you a cigar, which are in fact real Havana, he knows this place whose name I can’t mention but its easy to find, and if you use his name I’m sure they’ll take care of you. Anyway, chopped liver, he’s not.

I met Ruben though a job I used to have, and yes, there seems to be a lotta that going around these days, and not just in the film biz, and recently brought him in to lecture at a class I teach at that highly self-esteemed educational institution, Oedipus University, which is not in LA, of course, but rather at the hub of the universe, or so they would have us believe, Boston, my old turf and your current one.

O.U. you see has proven true to its ancient Latin motto, amore momma, and in the best traditions of mother love has spawned an offspring here in LA, The Los Angeles Institute of Oedipus University, the bastard child some sniff of Higher Learning and Lowly Commerce, but a toddler with a bright future is how we see it. While now only a branch of the Oedipal tree, a pied at terre devoted to the study of local customs and lore, we see L.A.I.O.U. as an intellectual, artistic, emotional, and yes, spiritual (this is LA after all) enclave located smack dab in the epicenter of the global mass media, a happening place in a place where serious things happen.

I teach there, of course, only when I’m between engagements as a professional Hollywood screenwriter, or about to be, which is, thus, always. As a teacher part-time, an IQ for hire, with no benefits, no security, and little money (but the checks do clear, unlike certain businesses I can think of) I teach, bottom line, because I want to. What I teach is, I feel, seriously important to people about to take that giant leap into adulthood and the so-called real world, people who’s future career paths may well place them at the center of the decisions that make a difference in whether or not things work out for this planet during the time when our particular species is dominant.The jury is still out on that issue, IMHO, but the next 50 years will most certainly be critical ones, and people acting as messengers and gate-keepers in the global mass media will help or hurt our chances in significant and perhaps crucial ways during the course of their creative lifetimes, those selfsame next 50 years. Why We Teach.

Anyway, Ruben came to give a lecture on a film he was promoting, and over lunch he told me the story of his recent altercation with an ATM in Ojai, which is pronounced Oh-Hi, not OJ, thankfully. It’s actually a nice place if you’re an orange or retired or rich, but then everyplace is, even LA. He was up there to visit his kids who live with his ex-wife. His second ex-wife, actually, his first still lives in Israel as does their child, a son who’s in the IDF now on the Golon Heights. The three who live here with their mother are the grandchildren of Chuck Fries, head of Fries Entertainment, but since they’re civilians, we’ll leave them out of it.

But the ATM, that we can talk about. Seems Ruben was getting some money out using his card from his bank in LA when, after he got the money, the machine ate his card. Now being stuck in Ojai without your ATM card is not exactly desperate hours, though I suppose you could milk an MOW out of it, but this is Ruben we’re talking about, and it’s the principal of the thing that counts. It’s his card; why are they taking it?

So he asks. And they tell him that it was probably a computer error (a tough one to argue with) but if he came back in a few hours, perhaps they could pick it up from the ATM. So he hangs with his kids for a few hours and then goes back and no, of course, the card has not been picked up and has, he’s told, been routinely destroyed.

Okay. Why? Well, that’s procedure. Okay. Let me see the destroyed card, then. Well… that’s not procedure. Why not? Well, we just don’t do that. Customer security and all that. Let me have the Branch Manager talk to you about it.

So the Branch Manager, a woman who could much rather be doing just about anything else than this during a weekend, comes over and Ruben goes through the whole story with her, and she keeps to the party line, so he’s getting nowhere. Now most of us would just walk out and maybe slam the door loudly as we leave, but this is Ruben, remember, the Israeli ex-paratrooper producer, and creativity in conflict situations is second nature to him.

"Look, I want to open an account here," he says, thus preventing the Manager from quietly slipping away. "I’m here in Ojai often, I should have a local bank."

Well, she’s not exactly jumping up and down over the idea of having him as a customer, but there are laws about such things, so she takes out the forms and they start filling them out. Of course, to open any account you need some money, which is no problem, he can just write a check from his bank back in LA. But he also needs ID. A California Driver’s License? Not good enough, not to prove citizenship or legal resident status.

What about my green card?" he says, showing his Alien Resident card, which has both a picture and a freakin’ fingerprint on it? Well, no, that won’t due either, says the Manager, backpedaling as fast as she can. But a passport would be acceptable, I suppose…

"Okay," he says, throwing his hands up in surrender. "You got me there. A passport I have, but not with me. Next time, when I come back, I’ll bring it, and then we’ll open the account."

Now this is the good part, which wouldn’t have happened at all if Ruben had gotten pissed off and walked out, as most normal people would have. But then, normal people aren’t producers, or Israelis for that matter.

She starts folding up the paperwork to file it away and as she’s doing so, she’s thinking — what, exactly, we’ll never know, since this is reportage, not fiction and I strive to be accurate — but whatever it was that she was thinking, she turns to him and asks if there’s anyone in his LA bank would knows him.

Hmmm. An opening. Well, turns out there’s someone in his local branch who knows him very well, a woman named Elpidia, and while we won’t get into that story right now, he does tell the Manger to call her, and Elpidia vouches for him, and suddenly the ATM card which had been turned into plastic mulch magically morphs back into wholeness, or so we are asked to believe, and is taken out of her desk and handed back to Ruben, with a smile. And, you know, seriously, I think the next time Ruben goes back into that bank, and he most certainly will, and he needs something done, which is also an eventuality we can confidently predict, I bet they do it, with a smile. Because, while he’s not exactly a ray of sunshine — this is, after all, the 90’s — he is most certainly a jolt of energy and people need, even want that in their lives every once in a while. Maybe he’s onto something. You think?