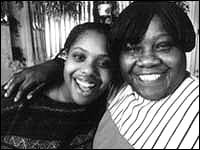 The Making of the Green Mountain Independent Film Festival

Share
Cindy Leung and friends Shawn Garvey and Mark Collier decided it was high time for an indie film festival in Vermont... so here it is.
First Annual Reel Time Film Festival
This innovative film festival brings together a group of animation, documentary, narrative and experimental films from across the globe for viewing online by video streaming. Boston filmmaker Ellie Lee’s animated documentary film Repetition Compulsion can be seen here. http://www.reeltimefilm.com

Northampton Film Festival
Forty-seven films and videos out of the 300 submitted will be screened during the Northampton Film Festival on November 6-9, 1997. The line-up of premieres and award-winners will include features, documentaries and animations. A special Women in Film and Video celebration on November 6 will include screenings and filmmakers and actresses such as Patricia Neal, Olympia Dukakis, and Maureen Foley, who will be on hand for questions.

New England Film and Video Artists whose works that will be showcased:

A Little Moonlight was shot on a series of restless full moon nights. Billie Holiday’s "What a Little Moonlight Can Do" provides a bouncy score for a dream-like rhythmic journey of mysterious and dancing images. This experimental film creates a timeless feeling of searching and suggests the transforming power of dreams.

Video artist Jesse Merrick is a graduate of the University of Massachusetts at Amherst. He has also studied at the Massachusetts College of Art and at Evergreen College. Merrick has made nine previous films, including Wasted, which was awarded first place for an experimental video in the 1996 Five College Film/Video Show; and Day of the Waking Night which was a runner-up in the 1995 Five College Show.

Tonepoem for Lea is a simple meditation at the ocean’s edge. Set against Dean Evenson’s gentle musical score, the film’s inner serenity makes it a visual lullaby.

Producer-director-camera operator Jim Lemkin combines photography and film with an interest in preventative and holistic medicine. He has been involved in numerous film and video projects and has directed several projects, including Call Off the Search and In the Grace of Autumn. Lemkin runs Horse Mountain Studio in Haydenville, Massachusetts and is currently at work on Embrace the Mountain, the story of a young woman dying of breast cancer.

This short narrative tells the story of four young girls in rural America in 1973. They make brownies and lemonade to help Israel during the Yom Kippur war. When the war ends, the Israeli Ministry of Defense informs them that the money they raised was enough to buy one bullet. The girls imagine the making and fate of this one bullet.

Flora Cohen studied film at NYU. She has won many festival awards for her previous films Terese, and Amorcito Corazon, Comma. Lemonade in October was funded by many arts and film organizations, including the Boston Film and Video Foundation and the Northampton Arts Council. Currently, Cohen is working on her first feature film, The Music Store , and a treatment for a tv series.

This experimental film uses animation, drawings, xerography, photography, cutouts, and digital modeling to tie together imagery collected from dreams. The images are sometimes funny, sometime haunting, and always surreal. The soundtrack includes selections from the avant-garde ensemble Birdsongs of the Mesozoic and the pop band The Maggies.

Luke Jaeger makes animated films from his home base in Northampton. He grew up in Brooklyn and attended the School of Fine Arts in Boston. He also publishes his own comics, paints, makes collages, and is a photographer. His 1990 film Dimwit’s Day won a Best of Fest award at the Big Muddy Film Festival, and his 1992 Animation for Peace showed in Hiroshima, Japan, and won numerous awards elsewhere. Jaeger’s 1994 film Big Concrete Place was screened at the 1995 Northampton Film Festival.

Whirl Without End is an experimental film that prompts consideration of the effects of catastrophe on memory and development. Its dance of light, snippets of imagery, blank screens, poetic narrative, and sound samples accompany images that emerge and submerge repetitively, like traumas and memories that refuse to be suppressed.

Producer-director Gene Gort is a visual artist, curator, and independent video producer who lives in Southampton, Massachusetts. He was the principal videographer on several films produced and directed by Joan Braderman, and himself produced and directed films such as Videocello and figure/GROUND. His various projects have received wide acclaim, support, and recognition from sources such as The New England Foundation for the Arts and the National Endowment for the Arts; the Massachusetts Cultural Council; and the Massachusetts Artists Fellowship Program.

A hard-drinking insurance company gumshoe, investigating a suspicious death, frequents seedy bars and queries sleazy characters in his quest for the truth. Shot in black and white in a style reminiscent of 1940’s noir films, Set ‘Em Up Joe uses a Raymond Chandleresque voice-over that simultaneously pays homage to and spoofs classic noir films.

Producer-director Scot Broderick has worked on numerous independent films. He began his career as an assistant for architectural and commercial photographers before moving into motion pictures. Broderick is currently based in Massachusetts working as a freelance camera operator and editor.

In this hilarious and somewhat surrealistic film, an evil older brother manages to distract the babysitter so he can focus on doing what he loves best: torturing his sister’s Barbie dolls. The sister then uses her magical powers to summon the Barbie dolls to life and teach her brother, and the male babysitter, a lesson they’ll never forget.

Director-producer-writer Holly Madden is a 1997 graduate of Boston University’s graduate Film Production Program. Previously, she worked for over six years in the Boston advertising world as an award-winning copywriter. A Harvard graduate with a degree in English, Madden is now a freelance advertising copywriter and aspiring screenwriter. She recently was named a finalist in Nickleodeon’s first annual script-a-thon and a semi-finalist in the 1996 Amblin Entertainment Chesterfield competition. CHick Movie recently won the "Best Student Comedy" award a the 1997 Long Island Film Festival.

The North End, a slice-of-life drama set in Boston’s North End, is a tale of territory, tradition, ethnicity, and respect. Dom DiBella is a mobster turned actor turned mobster who returns to protect his neighborhood from real estate developers, yuppies, and assorted outsiders who threaten its conventions, norms, and economic base. When DiBella’s godchild, Danielle, falls for an Irish Harvard grad, DiBella wants to ensure that the Irishman and his Italian-American filmmaker friend do the right thing.

Director Frank Ciota, a 1987 Harvard graduate, is also a graduate of New York University’s Intensive Filmmaking Program. He was briefly an advertising director for the Massachusetts State Lottery until he moved to California and worked in the production office of Martin Scorcese’s Casino. Ciota has made four short films, including Five O’Clock Shadow (1993), which debuted at the Boston Film Festival. The North End is his first feature film.

This film uses selected freeze frames to enhance the reactions of a man who returns from a trip and listens to a long answering machine message from his girlfriend who thinks she is pregnant. We study his face and body language as the woman muses about the future, and administers a home pregnancy test while leaving a play-by-play message on the phone.

Producer-writer-director Douglas Martin is a film major at Emerson College in Boston. The Big P is his first film. He also composed its musical soundtrack. It received an award for best film in a production class, and for best film editing at Emerson’s 1997 Evvy awards ceremony.

Based on historian Laurel Thatcher Ulrich’s Pulitzer Prize-winning novel, A Midwife’s Tale uses the diary of 18th century midwife, Martha Ballard, to recreate life and conditions in pre- and post-Revolutionary America. What emerges is a world of turbulence, social change, and religious conflict in which survival is a full-time job. The drama is intercut with Ulrich’s efforts to make sense of Ballard’s often cryptic diary entries, a work of investigation and interpretation that rivals the best detective novels.

Director Richard Rogers has made award-winning films for PBS and ABC. His previous work includes Carlos Williams and Wallace Stevens for the PBS series Voices and Visions, and William Kennedy’s Albany. A Midwife’s Tale is his first dramatic feature. It won the Silver Spire at the San Francisco Film Festival and the 1997 Media Award from the New England Historical Society.

Producer-writer Laurie Kahn-Leavitt purchased the option on A Midwife’s Tale before it won the Pulitzer Prize. She has worked on numerous historical documentaries aired on PBS, including Eyes on the Prize and Crisis in Central America.

First Surface is about a young boy with memories of his entire lifetime, an affliction with peculiar symptoms. Events lose their chronological order; he cannot separate his remembrances from reality; and he finds himself appearing at random moments in his own history. He senses that two photographs hold the key to his disease, and these images gradually reveal themselves. Experimental film techniques evoke the boy’s state of mind and chronicle how he comes to terms with his condition.

Ted Lyman has been making experimental films for more than 20 years His work includes Alleydog, Scotland With No Clothes, and Skycap. He has won several "best of the festival" awards, and his films have been broadcast by PBS and The Learning Channel. Lyman teaches video production and the theory of media as art at the University of Vermont.

The Green Mountain Independent Film Festival 1997 will be held on November 7-13, 1997. If you have questions email Cindy Leung at greenr@together.net or call 802-223-7330. GMIFF ’97 is a Vermont-based, nonprofit event with support from the Vermont Film Commission, The Savoy, Green Research Inc., Watercolor Designs and New Media Factory. http://www.newmediafactory.com/demos/gmiff97/

The Boston Jewish Film Festival is scheduled for November 6-16 at the Coolidge Corner Theatre. This year’s line-up includes Chronicle of a Disappearance, Shooting Lily, Intimate Stranger, and My Mother’s Courage. http://bjff.cyways.com/

The New England Film and Video Festival is now accepting entries for their 23rd annual festival to be held in April. Films must be in the following formats: 35mm, 16mm, S8, 3/4", 1/2", Beta, Hi8. For more information and application, contact the Boston Film and Video Foundation at 617-536-1540 or http://www.bfvf.org.

Plans for the Newport International Film Festival next summer are already in the works. Rhode Island native Christine Schomer has joined forces with Nancy Donahoe the Festival Director and Pami Shamir the Programming Director to create a festival that features nearly 50 films during the week-long festival. The tentative dates are May 31-June 7, 1998.