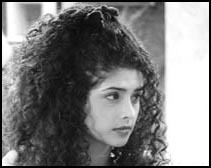 The Annual Boston Film Festival on September 5-18 continues its showcase this week of 55 feature films and 18 shorts. The Boston produced, The North End, directed by Frank Ciota will be shown on Friday, September 12 at 10 am, 12:10 pm, 2:05 pm, and 4 pm at Copley Place Cinema. The Myth of Fingerprints, a story about a troubled family in Maine will be shown on Thursday, September 11 at 8 pm and 9:45 pm at Kendall Square Cinema, with an appearance by star Hope Davis at 8 pm. The other films to be shown include Sundance hits The House of Yes, Sick, and Sunday. Screenings will be held at Sony Copley Place and Kendall Square Cinema. Tickets are $8 and discount books are available for $70. For updated info, call 266-2533 or visit their info booths at the Copley Place Theatre and Kendall Cinema. For schedules go to http://boston.sidewalk.com/link/18670.

The Mass Media Alliance will hold its Fall Kickoff on Tuesday, September 9 at 6-9 pm at Yvonne’s, the private club at the stately historic Locke-Ober Restaurant at 3 Winter Place to meet lawyer and author of The Verdict and The Deception Barry Reed. Call 617-542-1340 for directions. Call 617-235-3989 for ticket info or buy tickets at the door.

Forty-seven films and videos out of the 300 submitted will be screened during the Northampton Film Festival on November 6-9, 1997. The line-up of premieres and award-winners will include features, documentaries and animations. A special Women in Film and Video celebration on November 6 will include screenings and filmmakers and actresses such as Patricia Neal, Olympia Dukakis, and Maureen Foley, who will be on hand for questions. http://www.nohofilm.org

The Massachusetts Film Office is accepting entries for its 2nd annual Locations Photo Competition. Applications and rules are available by calling 617-973-8800. The deadline is October 2. http://www.magnet.state.ma.us/film/contest.htm

The Green Mountain Independent Film Festival 1997 to be held on November 7-13, 1997 is accepting 16mm and 35mm independent films of all genres. An entry form with your name, address, film title and category must be accompanied by a 1/2" VHS tape and $20 (payable to Green Research, Inc.). Pack in a reusable container and ship prepaid and insured to: GMIFF, 57 College Street, Montpelier, VT 05602. If you have questions email Cindy Leung at greenr@together.net or call 802-223-7330. GMIFF ’97 is a Vermont-based, nonprofit event with support from the Vermont Film Commission, The Savoy, Green Research Inc., Watercolor Designs and New Media Factory. The submission deadline is September 15, 1997.

The new Vermont Film Commission is working on a comprehensive production guide. They are aiming to be online in the fall. If you want to be listed in the guide or would like to receive a print copy, email vtfilmcom@gate.dca.state.vt.us. Also, Vermont will be attending ShowBiz East Expo on September 25-27at Jacob Javits Convention Center in New York City. Find them at Booth # 660.

Mass Media Alliance’s Rhode Island Chapter will hold its "Back to School Special" on Monday, September 15 at 6:30 pm. Learn the ABC’s of acting, documentary filmmaking, independent filmmaking, independent production and nonfiction as a screen source. Come to Roger Williams University at 150 Washington Street, Providence. Call 401-274-2200 for directions. For more info, call Susan Johnston at 401-934-3331 or Rob Hoffmann at 401-421-3482. Speakers include Carolyn Pickman of CP Casting in Boston, Jocelyn Ajami, Ted Delaney of RWU and Ari Newman.

The Providence Film Commission will be at this year’s Show Biz East Expo on September 25-27at Jacob Javits Convention Center in New York City. Visit them at booth #636.

CenterCity Artisans Galleries is showcasing Rhode Island Filmmakers  through September 13 at the Arcade on 65 Weybosset Street in Providence. A different film will be shown every afternoon. Featured filmmakers include John Devault, Amy Kravitz, Winnie Lambrecht, and Steven Subotnick. For more information call 401-521-2990.

The 19th Independent Feature Film Market will be held on September 14-21, 1997 at the Angelika Film Center in New York City. The Independent Feature Film Market (IFFM) is the only Market devoted to new, emerging American independent film talent. It is the only Market for discovering projects in development, outstanding documentaries and startling works of fiction. Since 1979, the IFFM has presented the industry with its first look at such landmark films as: The Brothers McMullen, Clerks, Daughters of the Dust, Metropolitan, One False Move, Paris is Burning, Poison, Star Maps, & Welcome to the Dollhouse. http://www.ifp.org/market/

On September 25-27, the ShowBiz Expo NY features the largest, most comprehensive exhibit of more than 200 production-related products and services, together with a highly respected professional conference. Held at the Jacobs Javits Convention Center in New York City. Contact: 800-840-5688; http://showbiz.reedexpo.com/newyork/index.html or email inquiry@showbiz.reedexpo.com