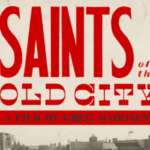 A nameless man dressed in green awakens in a field, without clear memory of his arrival. Unconscious sense of direction leads him back to known territory--a minor American industrial city--where he gradually learns that his own history and the history of the city are entwined. His memory is the memory of the city itself.