A mysterious cult has decided to take a new direction in giving Victor, a hard working trusted member, a promotion. However, his cruel minded disciples have decided to take action of their own. Growing tired of their monotonous plans, they begin to take their malevolent acts one step further. In a world seemingly far removed from Victor's, two young girls, Annabel and Tina, are trying to make changes in their own lives. Annabel prepares for a second date with Jerry, a man she met online, while Tina keeps focused on an important meeting that is sure to open up new doors in her life. Soon these two worlds collide as Annabel and Tina find themselves deep within the belly of the beast, and the long, dark history of a secret organization is revealed.

Is This Thing On? 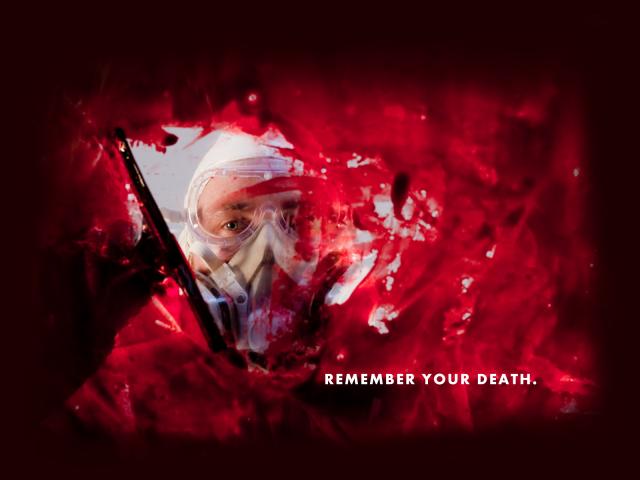 Remember Your Death is the story of three men hired to clean up after a banker's bloody shotgun suicide. In a brisk, macabre and witty thirteen pages we meet John, the young boss; Joe, the dim-witted second-in-command and Tom, the fifty-something former white-color contractor whose first day back on the job finds him face-to-face with more blood than he could ever imagine, a second decomposing body, and an irate widow whose entire life has been a lie.

I am a student at the School of the Museum of Fine Arts. I am shooting a film on 16mm
and am looking for member to do sound. I am looking for a person who is competent with
booming actors and doing sync sound on set.

Plagued by daily routine, Eli suffers from a monotonous life that's the same thing every day.
However when various objects start dissapearing he becomes confused, but soon the people
in his life vanish as well triggering a descent into the intricacies of his mind sending him farther
out of touch with reality.

In 1974, Federal Judge Arthur Garrity made a decision to desegregate the Boston Public School system. In an attempt to racially integrate schools that rested in Boston's segregated neighborhoods, black and white students were bused across the city, meeting protests - and sometimes violence - outside of their schools. Due to their angry and rowdy demonstrations as Roxbury students entered South Boston High School, the Irish community of South Boston gained media attention that painted its residents as racist, uneducated thugs.

For some, the issues resulting from forced busing have never been closed. There is still anger that permeates through the parents of the students forced to leave their neighborhood and a stigma that continues to follow all residents of South Boston. The purpose of this film is not to prove who was right or wrong, but rather to give a voice to the residents that lived and fought through this period in Boston's history. It is an opportunity for South Boston residents to finally share their story.