DANGER! DANGER! HIGH VOLTAGE! Mike Duca our Senior Video Technician can save you thousands in damage and repair costs with this essential tip.

DANGER! DANGER! HIGH VOLTAGE! Mike Duca our Senior Video Technician can save you thousands in damage and repair costs with this essential tip.

A couple has a falling out on their anniversary, filmed in extreme closeup.

The film is shot entirely from the bottom lip to the bridge of the nose. While the story is relatable and easy to follow, the film gives you the opportunity to focus more closely on body language and micro-aggressions. Plus, how often do you get the chance to watch someone's mouth as they talk?

A hilarious, 5-minute maelstrom of LUST, BETRAYAL and MURDER.

A Bloodless Crime is a dark comedy, produced for 48 Hour Film Project, NH in 2014. Starring Carlton Greene, Dan Larson and Jacqueline Dubois, it's a hilarious, 5-minute maelstrom of LUST, BETRAYAL and MURDER. Directed by Ben Peirce and co-written by Peirce, P.J. Huot and RC Victorino, A Bloodless Crime won an Audience Choice Award at the New Hampshire 48 Hour Film Project and was also nominated for Best Writing and Best Actor (Dan Larson).

A woman, Marla, wakes up confused, not understanding why she's in bed with her ex or what happened the night before. Once it's relieved about how she ended up there, she begins questioning past decisions she's made.

An unsuspecting young country couple get the visit of a lifetime...once.

A man discovers after a night of drinking that he and one other remain during a zombie apocalypse.

2 Left To Die is a story that focuses on the character development of Manny during the early stages of a zombie apocalypse. Manny recently broke up with his longtime girlfriend Felicia and is now a depressive alcoholic. He cannot bear the thought of losing her and finds being in a constant drunken state as the only way of escape. In a suicide attempt, Manny tries binge drinking to finally end his suffering. His attempt fails and results in him being passed out for nearly a week.

During this blackout period, a zombie apocalypse occurs. There isn’t a known reason [as of yet] for the occurrence. When Manny wakes up, he finds himself in a typical fashion: disheveled and very hung over. As he steps out, Manny soon realizes the world he knew has drastically changed.

While exploring his surroundings, Manny encounters numerous zombies. Naturally, the zombies are hungry and want to feed on him. Now Manny runs for his life. Along the way, he will come across weapons and supplies that allow him to keep going. During a near death zombie encounter, Manny gets saved by a samurai sword welding former cop named Andre. Though it is quite random to meet a samurai, Andre doesn’t say much but is a great companion for survival.

With the two working together, they have a greater chance of survival. So will they make it alive? Are they the only ones alive? What is going on in the world?

A young woman inherits a book of 'gray' magic from a recently deceased aunt.

A young woman inherits a mysterious book from a recently deceased relative. Little does she know that the book deals with something known as 'gray' magic.

A young scientist discovers that he has a twin brother.

In this science-fiction drama, Hans Loeb, a stem cell specialist, is left bizarre clues by a mystery stalker. The clues lead to a mystery that will change his life forever.

The March Sisters at Christmas 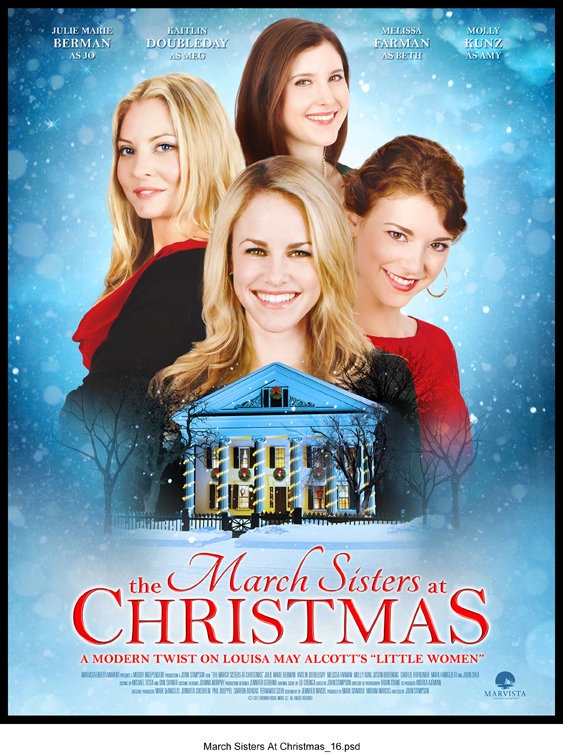 To keep the family home from being sold, 4 very modern March sisters tackle home improvement on their own. But their romantic entanglements involving the boy next door, an old flame and a new acquaintance become a distraction.

When Dina commits suicide, her mom starts looking for an answer. A painful secret unravels.