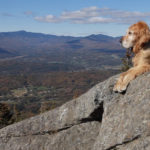 New England Connection: The filmmaker was raised in Concord, Massachusetts, attended Boston University, and has lived in Brookline for the past decade. She now attends Emerson College in Boston.
Sampson and Baylor (aka The Mountain Dogs) were raised in Stowe, Vermont, and reside there, climbing the Pinnacle Trail, to this day.
The Mountain Dogs was was shot entirely in Stowe, Vermont, aside from the interview with Elizabeth Marshall Thomas, who lives in Peterborough, New Hampshire.

Director(s) Bio:: Aynsley Floyd enjoyed a career as a still photographer for over twenty years. With a BA in photojournalism from Boston University, she lived and worked in London, New York, Chicago, and Amman, Jordan. Aynsley’s clients have included the Associated Press, The New York Times, The Chicago Tribune, General Motors, Apple, Inc., and Liberty Mutual, among others. In 2019 she turned her attention to her interest in documentary filmmaking, and is currently earning a Masters degree in Film and Media Art at Emerson College in Boston. 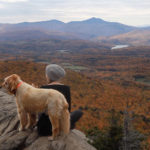 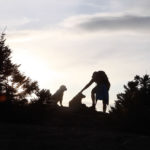