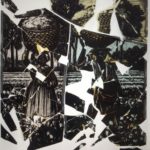 Calhoun Residential College at Yale University was named for John C Calhoun, a leading proponent of slavery. On June 13, 2016, Corey Menafee, an African American kitchen worker at Calhoun Dining Hall, smashed a racist stained glass window depicting slaves in a cotton field. Mr Menafee’s act led to New Haven community protests which started out small, but over time grew to marches of hundreds of people. After more than thirty demonstrations, over eight months, on Feb.11, 2017, Yale University renamed Calhoun College. The name is now Grace Hopper College. The university held a name change celebration, but the New Haven activists were not invited or acknowledged.

Director(s) Bio:: Robert Menefee was born in San Diego, California and was raised in Hamden, Connecticut. He was a motion picture photographer in the Army from 1972 until 1975. Robert was a Art History major at Yale College, class of ‘79, and he received his MFA from Yale School of Art, class of ‘81. He continues making films for a living, and for self expression. Today, Robert Menefee lives in New Haven, Connecticut. His residential college at Yale was Calhoun College. 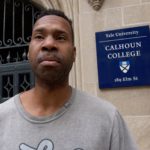 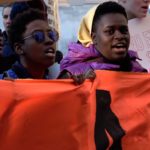