UpReach Therapeutic Equestrian Center is a short film highlighting the work of a New Hampshire based non profit that provides physical, emotional and psychological equine therapy to children and adults.

New England Connection: Liz Klein and Bob Pierce have worked in various capacities in the New England Film and Video industries for nearly 30 years and are co-founders of LightStream Associates, a New Hampshire based production company producing creative content for corporate, non profit and broadcast clients.

Liz has been producing and directing in the Boston market for more than 20 years. She began her career in television journalism, working for Boston’s then NBC affiliate, WBZ-TV. There, she worked for the News special projects unit and for news anchor Liz Walker, producing her weekly news feature “Positively New England.” Later, she worked for the PBS affiliate, New Hampshire Public Television, producing documentaries and long-format segments for weekly news and public affairs programs.

Liz has interviewed governors, senators, policy makers, celebrities and Fortune 100 CEOs. In 1992, she started her own production company, producing profiles and high-end signature pieces for major corporations, nonprofit organizations and broadcast clients.
Her work has earned an Emmy nomination; Associated Press awards; a Program of the Year award from the American Program Service; and a Cable Ace “Best Documentary” Award for her profile of astronaut Christa McAuliffe on the Arts and Entertainment Network’s Biography Series.

With nearly thirty years of experience as a producer, still photographer, videographer, editor and sound designer, Bob has had the pleasure of working with some of the best producers and production companies in New England. He now operates LightStream’s independent video editing facility in Newton, MA, delivering complete broadcast-quality post production services.
In 2004 Bob's first historical documentary, "Four Theatres: Remembering Portsmouth in the Age of Vaudeville" was broadcast on New Hampshire Public Television and featured in several film festivals. 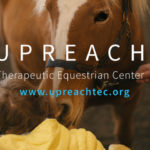