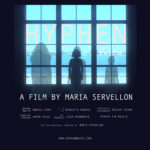 A poetic journey of memory and fantasy told through the eyes of four versions of an artist as she creates her own identity.

Director(s) Bio:: Maria Servellón is an award-winning filmmaker, multimedia artist, educator, and arts advocate from Boston, MA. She received her Bachelor of Arts in Studio Art and Japanese from the University of Massachusetts Boston, and her Master of Fine Arts in Film and Media Art from Emerson College. Her focus is film and photography, frequently dabbling in video installation art, digital art, drawing, painting, and design as well. A recurring theme in her work is the exploration of relations between art, music, and dance in a synaesthetic approach.

Maria's latest and most successful short film is Hyphen (2018). Her work has exhibited and screened in Boston, NYC, and LA thus far. Along with art, she enjoys singing, dancing, acting, martial arts, and traveling. She was named one of 2018's "Latinos 30 Under 30" by El Mundo Boston. 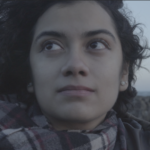