A priest grapples with his experiences of faith, the past, and his ride-sharing night job in an attempt to prevent a grieving penitent’s death.

New England Connection: All of our cast and crew lives in New England, and the film was shot entirely in CT.

Director(s) Bio:: Born and raised in the small town of Derby, Connecticut, Stephen has been making movies for fun for over a decade now. He took the leap from hobby moviemaking to professional moviemaking in college and has enjoyed every second of it. Almost all his college films were written, directed, produced, and edited himself, including "June in Winter" (2018 Quinnipiac Student Film Festival Best VFX) and "I Cloned Myself" (2019 Quinnipiac Student Film Festival Best Screenplay).

Acts of Contrition is his professional debut as a writer and director. He's excited to share the film with audiences and discover what stories he will tell in the future.

Some of his favorite movies include: Requiem for a Dream, The Tree of Life, The Iron Giant, Eyes Wide Shut, Lost in Translation, Elephant, Eternal Sunshine of the Spotless Mind, her, Princess Mononoke, and Goodfellas. 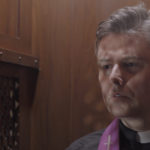