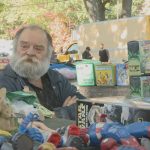 New England flea market vendors reflect on their role in the subculture. Through interviews, they talk about what they sell and why, along with other various topics. The Vendors encapsulates overall flea market culture, the community, the items for sale, and most importantly, the individual vendors themselves.

Director(s) Bio:: Matt Elicone is twenty two year old senior at Fitchburg State University and has been a resident of New England all of his life. He is a Communications Media major with a concentration in film and video production. He is the director, writer, and editor of two short comedies to be released in 2018, "Earworm" and "Metal Guests". He is also currently the editor for two short documentaries, one about the blackest black paint in the world and the other on the Nokota Horses of North Dakota. "The Vendors" is his short documentary directorial debut. It was screened at the Mass Reality Check short doc program at the Salem Film Festival as well as Fitchburg State University's Vision Film Festival. 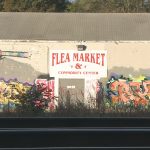 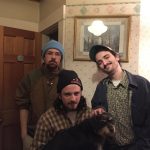