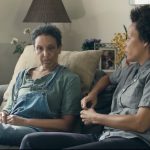 Cat visits her parents for the weekend and is confronted by her mother’s inability to remember one key detail.

New England Connection: I was born and raised in Hartford, CT. Go Huskies!

Director(s) Bio:: Robin Cloud’s first narrative short, Out Again, was executive produced by Refinery29 as part of their Shatterbox Anthology and was released in March of 2017. It has been extremely well received having garnered over 1.2 million views and has screened the Issa Rae Sunday Shorts, Provincetown International Film Festival, Urbanworld Film Festival, Outfest, Seattle Twist Film Festival and The Martha's Vineyard African American Film Festival just to name a few. In addition, Out Again won the audience award at the San Francisco Queer Women of Color Film Festival.

Robin Cloud is a Los Angeles-based comedian, writer, and director. She has been featured in Slate Magazine, New York Times, Diva Magazine, GO magazine’s “Top 100 Women We Love,” Time Out New York’s “Quote of the Week”, and the Washington Post. Her festival appearances include the Women in Comedy, Ohio Lesbian, Fresh Fruit, Emerging Artists, and Hot! Festivals.

Robin is represented by Authentic Management. 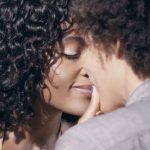 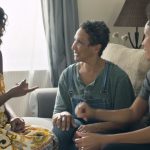