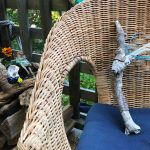 A counterpoint to the usual ‘Save the Piping Plovers’ argument.

New England Connection: This is the latest in a series of films (nine and counting!) based on actual letters to the editor printed in the Provincetown Banner. Making the 'To the Editor' series has been a labor of love. Spending time in Provincetown, one of my happiest places in the world, and making films about life in this idyllic place is pure pleasure.

Director(s) Bio:: Matthew Sandager is a filmmaker, animator, and photographer based in New York. His work has been widely published and exhibited in galleries and film festivals, in New York and around the world.

Matthew received his undergraduate degree in studio arts from the University of Minnesota and his Masters Degree of Fine Arts in Photography from the School of Visual Arts in New York. With a multi-disciplinary approach, Matthew has collaborated with many talented artists in a broad range of mediums, on works including the creation of animations and visualizations for James Lecesne’s critically acclaimed off-broadway play  The Absolute Brightness of Leonard Pelkey and a trailer for Brian Selznick’s newest book, The Marvels.

Following an artist residency in Scotland, Matthew’s collection of large-scale photo assemblages and video installations was exhibited in New York, dealing with themes of industrialization, landscape, and time. His previous photo series, Memorial Days, focussed on the historical reenactment community by examining the interaction between the participants and the tourist public and the overlapping themes of history, politics, violence, and popular entertainment.
His previous short film Dear Henri, debuted in Ma7 2017 at the Seattle International Film Festival and is still traveling the world on the festival circuit. He is currently in production on The Fountaineer, a stop-motion animation short film. 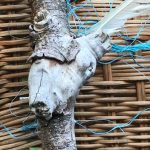