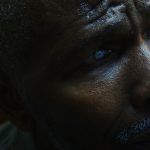 Oh, the things that get stuck in our heads. When a reclusive man is repeatedly woken up over the course of a night by severe headaches, accompanied by musical repetition from an unknown source, his sanity begins to swiftly unravel. This creepy and unsettling short film will leave viewers squirming in their seats.

New England Connection: Tara Price (writer/director) and Billy Hanson (producer) were both born and raised in New England. They both relocated to Los Angeles as adults which is where they eventually met and became creative partners.

Director(s) Bio:: Tara wrote, produced, and starred in the award-winning, sci-fi short the Routine, an Official Selection of over 30 film festivals around the globe and winner of 9 awards. She also penned and produced the comedy Another grace & Johnny Adventure: Zombie Island! A native New Englander, Tara currently resides in Los Angeles. With various odd and unusual short screenplays under her belt, she bends towards the bleak side of things as a writer. Earworm is her directorial debut. 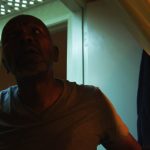 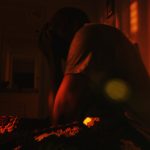