Race, perception and consequence become the center point of three lives, as Judge Matthews realizes that he can no longer overlook his actions from the bench.

Originally from Boston, Michelle studied Theater Arts and discovered her love for Shakespeare, and other performed in several theatrical productions. Her love for the stage soon landed her in New York City where she performed in plays, and eventually discovered her passion for Film and TV acting. Michelle can be seen in commercials, print ads, and in several film productions. Her love for the Entertainment Industry has influenced her to explore all avenues of the business, including Public Relations, Charity work, and Producing. Michelle is currently in pre-production on a variety of diverse feature films, with her company Roman Media Inc, in which she founded in 2010.

Director(s) Bio:: Ilan Muallem's background of having a mother who escaped Iraq and a father who lost his family in the Holocaust, has driven him to pursue filmmaking with a purpose. He strives to make socially relevant films to help raise awareness of issues that may not be addressed without being made through cinema.

Ilan realized a young age that film was the medium he would use to express both the stories of his own family, and those of people struggling to have a voice.

Ilan Muallem has worked as a pre-vis artist for Moving Picture Company in many of Hollywood's larger films. Always feeling a greater calling Ilan's first directorial debut resulted in multiple awards. Ilan has also acted on films such as The Big Short as Noah and Deepwater Horizon as Pete as well as working as an actor on hit shows such as the role of Wesley on The Walking Dead and Len Bowers on NCIS. 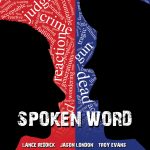