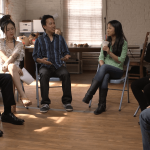 Ken Chang is ready for the American dream. The only trouble is that he’s just too American. So in order to land a role on a network TV Show, Ken undergoes Actor “Orientalification” to prove that he can be Asian enough to make it in Hollywood. Shot as a mocumentary, East of Hollywood follows Ken as he takes Mandarin lessons, learns martial arts, and even attempts to thicken his accent just so he can have a shot at playing a bodega owner in an offensive network television show called “Kung Fu Mom.”

Director(s) Bio:: Chris Caccioppoli is an award-winning writer and filmmaker known for his absurd humor and his obscure but relevant subject matters. In 2013 Chris directed his first feature, The Cocks of the Walk, a comedy about the sport of Badminton, which he also wrote and starred in. Over the next few years Chris wrote and directed the award-winning short films Reindeer Games, Soulmating, and East of Hollywood, the last of which earned him 2 awards for Best Screenplay, 2 for Best Directing, and 3 for Best Editing, and the film itself has taken home 18 awards including Best Picture, Best Comedy, Best Short Narrative, and multiple Audience Choice Awards.

He has also served on the Board of Directors for the non-profit organization, The FilmShop, which holds workshops and promotes collaboration within the New York filmmaking community. He is currently serving as the Creative Director and board member for the non-profit, The Paideia Institute for Humanistic Study. 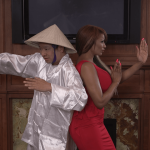 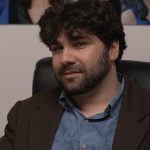