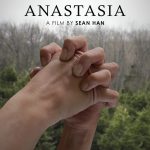 A hot-headed adoptee is relocated into an abusive home that won’t let her go. She befriends the girl already living at the home and they attempt to escape together.

Director(s) Bio:: Sean Han graduated with a BA in film and television at Tisch school of Arts. From there he has proceeded to work at various positions in film while working on post-production for his own personal project Anastasia. While in school he finished two experimental short films (https://vimeo.com/92071236 https://vimeo.com/105049259) and recently has finished his most recent narrative, Anastasia. Sean is currently looking to make his first feature film back in New York City. You can contact him through his facebook at https://www.facebook.com/seongtae.han.7 with any questions or comments.