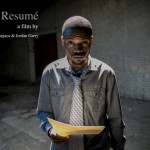 A young black man, up against the economic, social, and political pressures of this country, descends into a desperate spiral, trying to provide for himself and his family.

New England Connection: This film was shot completely in Boston over a 12 month period.

Director(s) Bio:: Jason Margaca started out in the music industry, producing for local artists and composing his own music. He always had an eye for film/video and thought that learning film on a professional level, would help him with his music. The music industry got tiresome for Jason, and since had been really gaining traction doing film, he started going full steam ahead, directing and filming in the boston area. After a few years in the industry, he really started moving after he won an emmy with styleboston which won an emmy in 2013. After the show ended, he had been gaining momentum and he and his brother started V-Neck Media which now is based in Boston and NYC and have been directing and producing videos, commercials and promo videos. Once their business was established, Jason took his 8 years experience directing in the studio and on all types of film sets to really break into narrative, directing his short film "The Resume", getting back into music videos, producing a narrative music video piece with a new world artist, as well as directing a sitcom pilot, another short film with with top end professionals, as well as a reality pilot and multiple other projects.