The Raw Essence of Carlo Pittore 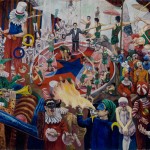 The Raw Essence of Carlo Pittore is part of a series of films titled Great American Artists launched in 1999 as Maine Masters. Carlo Pittore (b. Charles Stanley, 1943-2005) was one of the original founders of the Union of Maine Visual Artists, the sponsor of this film series. As his friend the poet Bob Holman says in the film, “Carlo led a merry band of artists” in the 70s living in the yurts of Bowdoinham. Carlo was an internationally renowned “mail” artist and the postcards he sent around the world and exhibited at over a thousand shows are extraordinary.

It is with the hope that the release of this short will encourage others to help us fund the feature length version of this very complex artist. Contact mainemasters1@gmail.com for more information about this continuing project.

Director(s) Bio:: Richard Kane is a producer/director of arts documentaries living and working on the coast of Maine. The Raw Essence of Carlo Pittore (2015) is the 16th film in his Great American Artists collection, a New England Emmy-nominated series directed by Kane. I Know a Man … Ashley Bryan is Kane’s 3rd feature just now being launched. His previous feature, Imber’s Left Hand, has to date won four Best Film Audience Awards on the festival circuit. His first feature M.C. Richards: The Fire Within won Best Film at the Image Gazer Film Festival in 2012. His production company Kane-Lewis Productions has worked for National Geographic, The Discovery Channel and the White House amongst others. Kane won a Cine Golden Eagle for the series Faces of Microcredit directed for the Microcredit Summit, chaired by then First Lady Hillary Clinton; wrote and produced for the White House Technology: Renewing the American Dream, narrated by President Bill Clinton. Kane's second short film Tough, Pretty or Smart: A Portrait of the Patoka Valley Boys won Best Short Documentary in the Cork International Film Festival and was short-listed for an Academy Award. 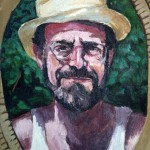 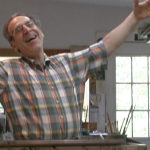