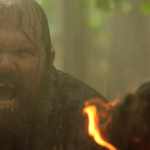 Selene Hollow chronicles recently unemployed journalist Byron and his many adventures through his imagination as he struggles with writer’s block. Unfortunately for Byron, his horror, science fiction, and fantasy scenarios seem to be coming to life right before his eyes.

New England Connection: When you start with a great story, anything is possible and that is exactly what happened with Selene Hollow. What started out as a simple idea intended to be shot over a weekend at a friends house, quickly blossomed into a very ambitious independent feature complete with Fire, Rain, and a zombie. Filmed on location throughout Connecticut and Rhode Island, including the New England Air Museum.

Director(s) Bio:: Originally from Calgary, Alberta Canada – Mathew has worked in the film industry for the past 17 years across Canada and the United States. Credits include; Selene Hollow, Books: A Documentary, The Lazarus Child, What Just Happened, The Women, The Clique, Comanche Moon and Brokeback Mountain. 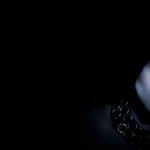 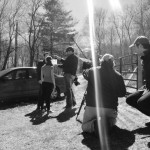