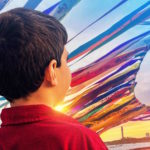 Provincetown, a small harbor village at the very tip of Cape Cod, Massachusetts, was already a home to the LGBT community for a few decades when AIDS devastated its population in the mid-1980s. Ribbons is a short film that explores an episode in the life of a second generation Portuguese boy when his mother brings him to a community memorial service by the sea. The boy experiences firsthand the loss incurred by the epidemic, but also his community’s inspirational response to it; an event that as an adult helps him understand the power of forming a bond with a kindred tribe.

New England Connection: Brandon Cordeiro grew up in Provincetown, MA, lobster fishing with his grandfather, Louis Cordeiro—an old Portuguese captain who happened to be the last fisherman to pull his fishing traps out of Cape Cod Bay. Another part of my identity of which I am proud of is that I happen to be gay. Provincetown is a predominantly a gay artist colony rooted in its history of being an old Portuguese fishing village— so, there is no other place in this world where he feels more at home. He also happens to be a big admirer of autumn in New England—since he was baby, his parents instilled the tradition of taking them to western Massachusetts to peep the leaves, pick apples and pumpkins and go hiking. He is also particularly proud of our region's long standing progressive stance on many issues, in particular the recent banning of assault weapons, healthcare, and gay marriage just to name a few.

Director(s) Bio:: Writer, actor, producer and director, Brandon Cordeiro makes his directorial debut with "ribbons". He most recently appeared in the Broadway national tour of “Camelot”, co-starred on Broadway in the Broadway Cares/Equity Fights AIDS revival of “The Night Larry Kramer Kissed Me” with B.D. Wong, David Drake, and Anthony Rapp, and recently sang a duet with Kristin Chenoweth on stage at Provincetown Town Hall. He has been a featured performer with the performance art collective CHERYL at New York’s Museum of Modern Art (MoMA) in “PSI: MOVE,” and in MoMA’s “Pop Ralley” for the opening of the Cindy Sherman exhibit. His one-man show, I Love You, You’re Hairy, Now Change! directed by Obie Award Winner David Drake, recently had two sold out summer runs in Provincetown, AM. He can be seen in the films “My Many Married Men,” “Ashes to Ashes”, and in the television pilot “Truthfully Speaking.” He is currently developing "ribbons" into a feature length screenplay, with plans to shoot in 2017. 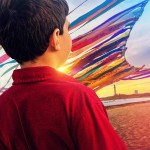